Trump is angrier about losing the PGA tour than being impeached a second time: report 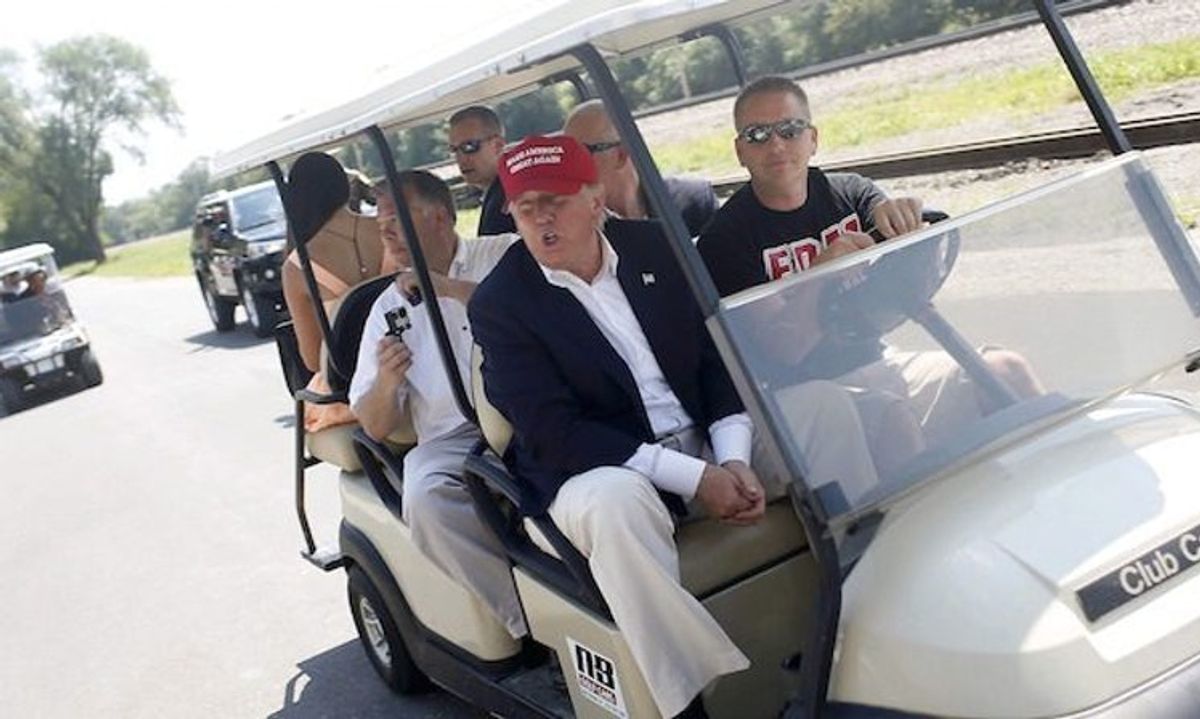 President Donald Trump is angry about the backlash over Wednesday's insurrection at the U.S. Capitol by his supporters backing his effort to steal the 2020 election by lying about election fraud.

On Wednesday, Trump is expected to be the first U.S. president impeached twice.

But Trump is reportedly angrier about the PGA of America cutting ties and moving the 2022 PGA Championship from Trump National Golf Club Bedminster.

"A lot has happened in the last week, including the president losing his Twitter feed, impeachment coming to the fore and the PGA withdrawing from Trump National. He's 'gutted' by the PGA move," New York Times White House correspondent Maggie Haberman reported Monday, citing "a person close to the White House."

"He's angry about impeachment, people who have spoken to him say. But the reaction to the PGA decision was different order of magnitude," Haberman reported.

He’s angry about impeachment, people who have spoken to him say. But the reaction to the PGA decision was different order of magnitude.
— Maggie Haberman (@Maggie Haberman)1610397580.0