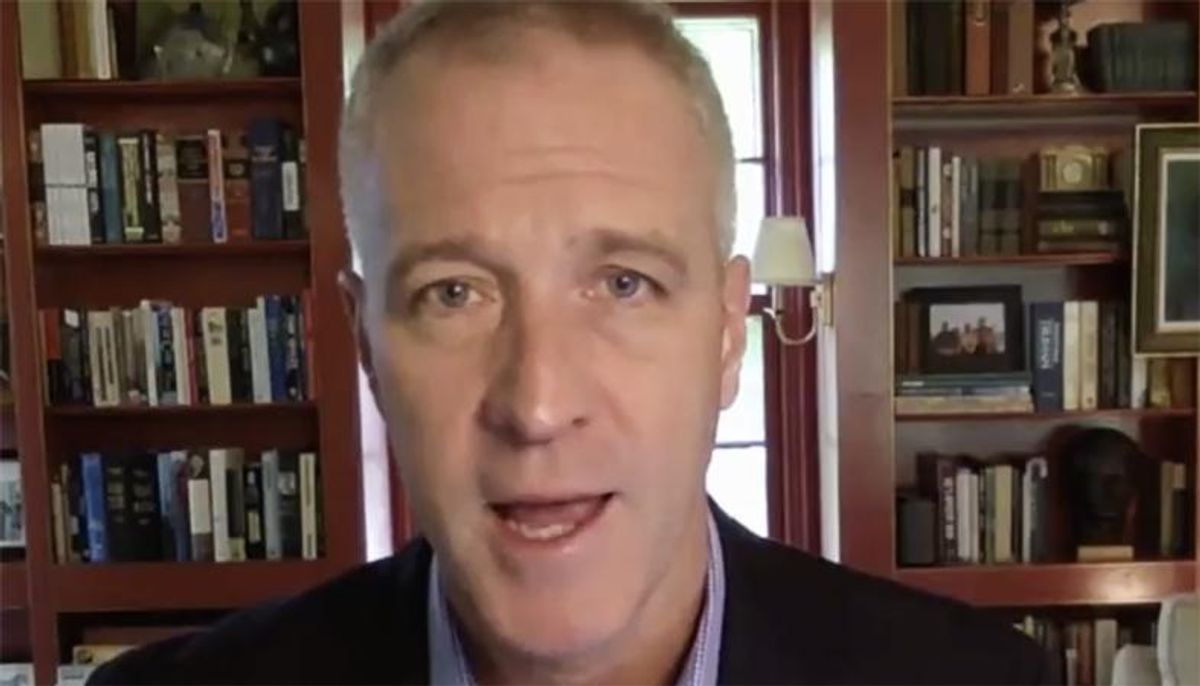 In his customary blunt style, Rep. Sean Patrick Maloney (D-NY) used an interview on CNN to urge the ouster of any DOJ or FBI official who approved digging into phone records of Democratic lawmakers during Donald Trump's administration.

Reacting to a report that attorneys general Jeff Sessions and Bill Barr both gave a thumbs up to subpoenas demanding iPhone records of Democratic Reps. Adam Schiff and Eric Swalwell, both of California, the New York lawmaker stated the DOJ has some explaining to do.

Speaking with hosts John Berman and Brianna Keilar, Maloney got right to the point.

"There should be an extremely high bar for going after political opponents using the Justice Department," Maloney explained. "I mean, and here, where you're employing the services of an American company and you are going after members, staff, their children, finding nothing."

"By the way, it stinks," he added. "And it warrants a full investigation and heads should roll at the Justice Department and there should be consequences for people like Bill Barr, depending on what they did in terms of Barr's association and other sanctions. It's one of the most serious things I've ever seen out of the Trump administration, and that's saying a lot."