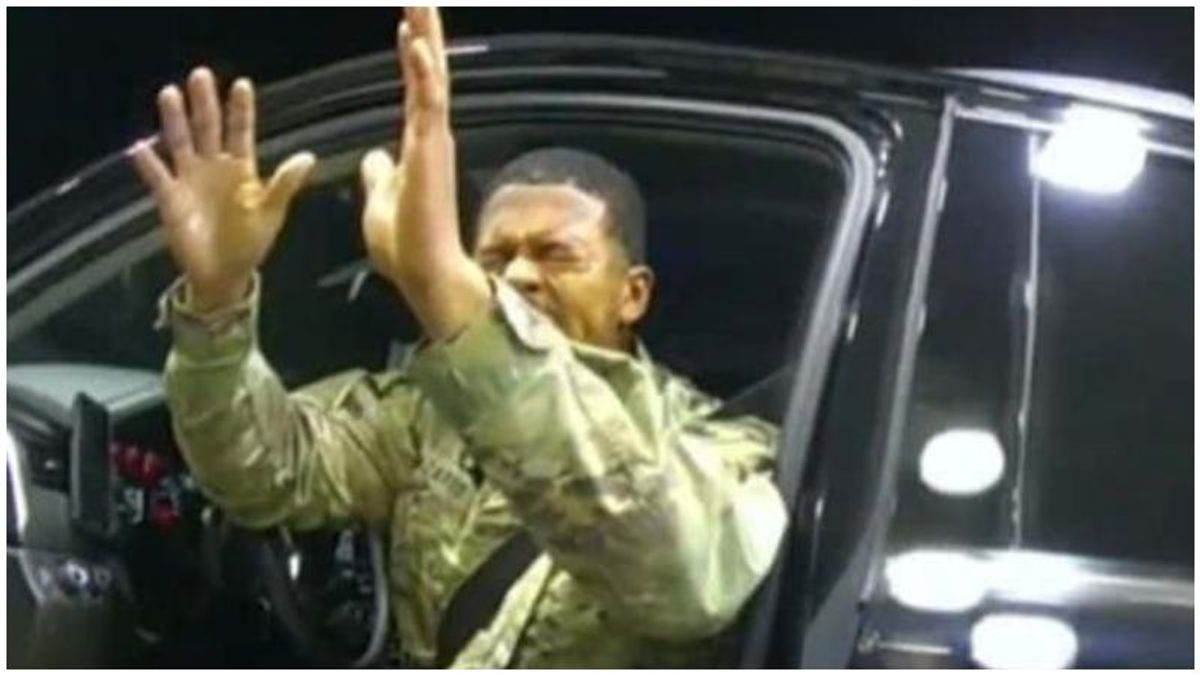 In the wake of a video going viral showing Virginia cops pepper spraying a Black Army lieutenant, Windsor Police Chief Rodney D. Riddle said that his department does not need to issue an apology.

"My guys missed opportunities to verbally de-escalate," Riddle admitted in regards to the incident involving the pulling over of Caron Nazario late last year.

When asked by a reporter if Nazario is owed an apology, Riddle said, "I don't believe that," adding that he wished Nazario "would have complied a whole lot earlier."

In the video, two officers can be seen drawing their guns on Nazario after they pulled him over for apparently not having a rear license plate tag -- a tag which it was later discovered was taped to the rear window of his new car.

"The incident is now the subject of a $1 million lawsuit against the officers involved, one of whom was fired earlier this week after an internal investigation," Yahoo News reports.

Read the full article over at Yahoo News.