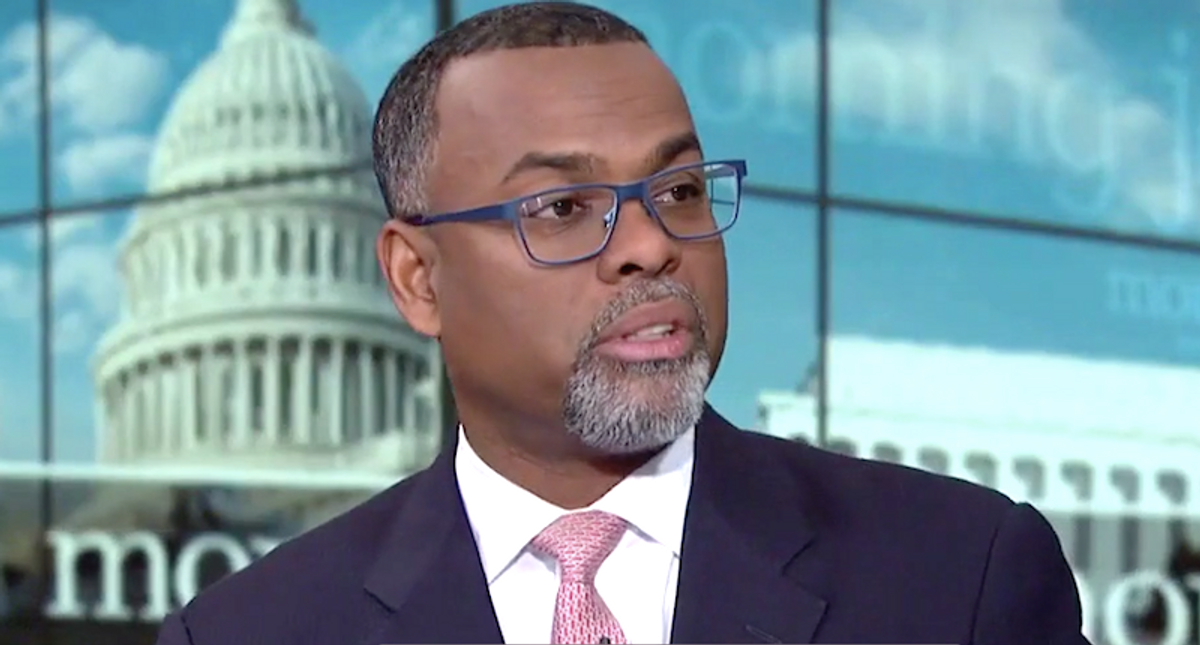 "Right. And if it wasn't for Darnella Frazier pulling out her phone, videotaping the death of George Floyd and uploading it on her Facebook page, would we be here?" said Glaude. "That's a key point. I want to raise her up. My stomach has been in knots. I have been telling you this, Nicolle. This is a moment of relief, but it is an inaugural moment. It is a beginning. It is not an end. Justice is a practice. It is not an end. We need to understand to be in this moment of transition to change the very nature of policing."

"The last point I would make quickly is we have been preparing for the violence of protests. Now we need to prepare for the reaction of the police," continued Glaude. "We were prepared for the protesters and what they might do if the verdict came down in a way they were not satisfied. Now we need to be mindful of what it means that we're seeing these tectonic plates shift in the very way policing is happening in the country."