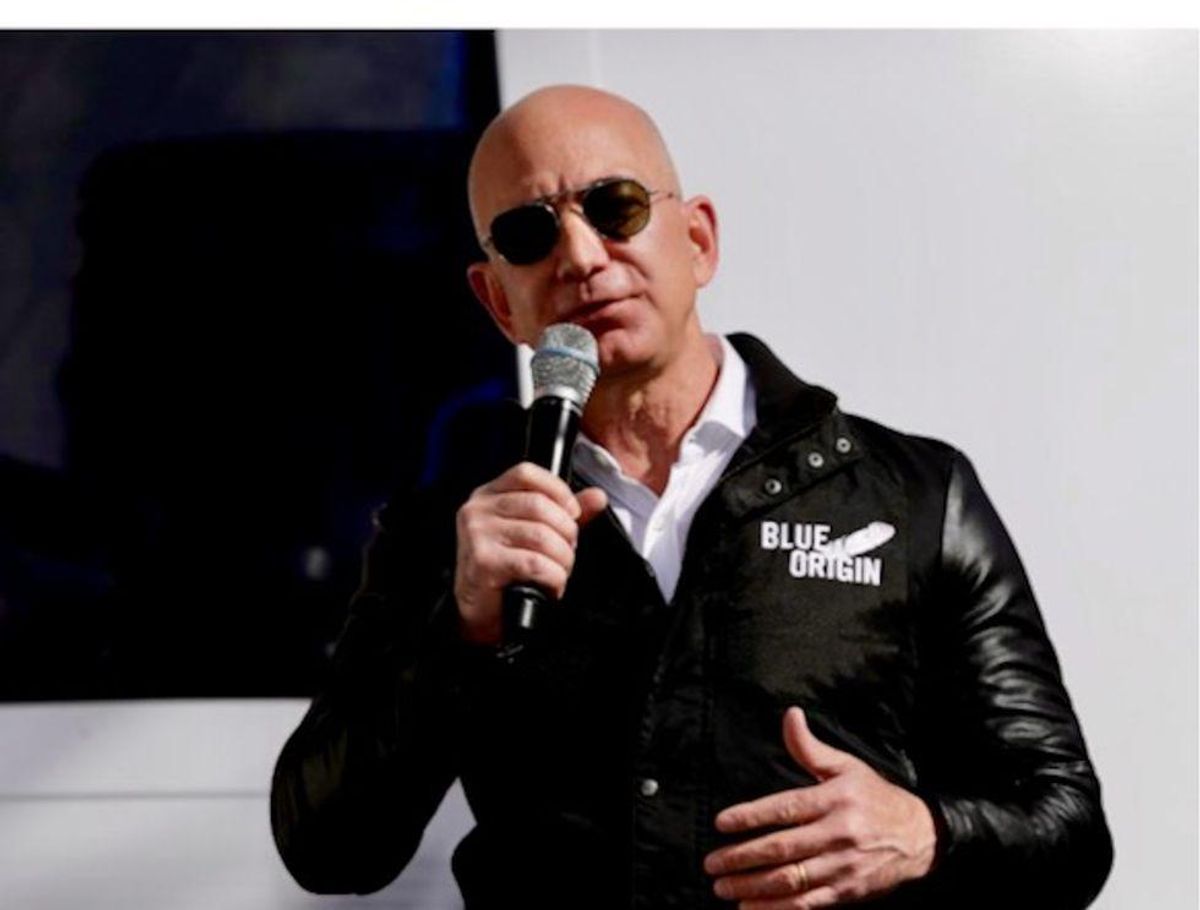 ProPublica scored a fantastic scoop when it obtained and meticulously analyzed 15 years of raw income tax data on the wealthiest Americans. This leak of Internal Revenue Service records is by far the biggest and most important tax news in the 55 years that I've reported on taxes.

Thanks to the leaker, we now know beyond any doubt that the endless claims that America has a progressive income tax system are bunk. A progressive system means that the more you make, the greater the share of your income you pay in taxes. Back in 2005, I got the George W. Bush administration to acknowledge that the system stops becoming progressive near the top. But, unfortunately, ProPublica shows that it's even worse than what I reported back then.

Working people pay a larger share of their income in tax than the wealthiest of the wealthy. The top marginal tax rate on labor income is almost double that of capital gains.

Jeff Bezos, currently the richest man in America, paid no income tax in 2007 and 2011. He doesn't dispute that.

Bezos was not alone. Multi-billionaires Elon Musk, Michael Bloomberg, Carl Ichan, and George Soros all pulled off the same trick at least once in recent years, ProPublica reported after analyzing the IRS data. Warren Buffet pays less in tax than millions of Americans, something he and Soros have said is wrong.

Bloomberg, the former New York City mayor and owner of the financial data and news business bearing his name, paid over five years an income tax rate lower than that of the poorest half of American taxpayers.

On his income tax returns, Bloomberg reported making $10 billion. Yet, he paid just 3%.

A system in which people who gross about $330 a week pay a much higher tax rate than someone who makes billions each year is not just regressive; it's an outrage. It violates principles of taxation that date to the Old Testament and ancient Athens.

I couldn't help but notice that my wife, a charity CEO, and I pay a higher income tax rate than Bezos, Bloomberg, and Buffett.

By the grace of Congress, those billionaires get to take unlimited losses when they make losing stock investments while Jennifer and I – and you -- can deduct only $3,000 a year. So even if my wife and I live into our 90s, we will die with losses we never got to deduct. That's the kind of unfairness Professor Brown compellingly demonstrates.

Until now, the Wealth Defense Industry tricked people by pointing to posted tax rates, not actual rates paid by the super-super-super rich, and asserting with cherry-picked data that the rich pay a lot.

The granular data ProPublica obtained proves that the tax rates Congress puts in the law and the tax rates people pay only match up for working Americans in the bottom 99.5%.

All of the people ProPublica wrote about are white men. Professor Dorothy A. Brown of Emory University, in her insightful and readable new book The Whiteness of Wealth, shows how our existing tax systems favors wealth above income and discriminates against Black Americans. The design of our tax system plays a significant role in the vast wealth disparities between white Americans and people of color.

ProPublica's reporting backs her up. It showed that for most Americans, annual income taxes far exceed yearly increases in wealth.

At the apex of American wealth you can live tax-free, as I showed many years ago, thanks to rules that favor the rich, loopholes Congress refuses to close, and the minimal enforcement of our tax laws against the plutocrat class. One simple technique is borrowing against your assets. But, unfortunately, Congress doesn't count that as income.

The IRS determines interest rates on intra-family loans. The current rates are next to zero, less than even our modest inflation rate. Given that, why would anyone sell stock and pay a 20% tax rate to buy a yacht or a new jet when they can borrow against themselves almost interest-free and watch their stocks keep rising in value?

Hunting for the Leaker

The Biden White House announced late Tuesday that law enforcement is hunting for the leaker, who faces up to a decade in prison.

Whoever dared to do this should be hailed as a national hero on a par with Darnella Frazier, the fearless teenage girl with a steady hand who last summer recorded the slow, agonizing murder of George Floyd by Minneapolis Police.

We should be building statues to honor this leaker, if he or she is ever identified, just as we should erect one to honor Remy Welling, the IRS corporate auditor whose leak to me 17 years ago proved how corrupt the Silicon Valley stock options system was.

Thanks to ProPublica and its source, maybe Americans will at long last wake up and realize that our federal income tax, as currently designed, is a massive subsidy system for the super-rich.

And the source of those subsidies for Bezos, Bloomberg, Buffett, Musk, and other multibillionaires? That would be you.