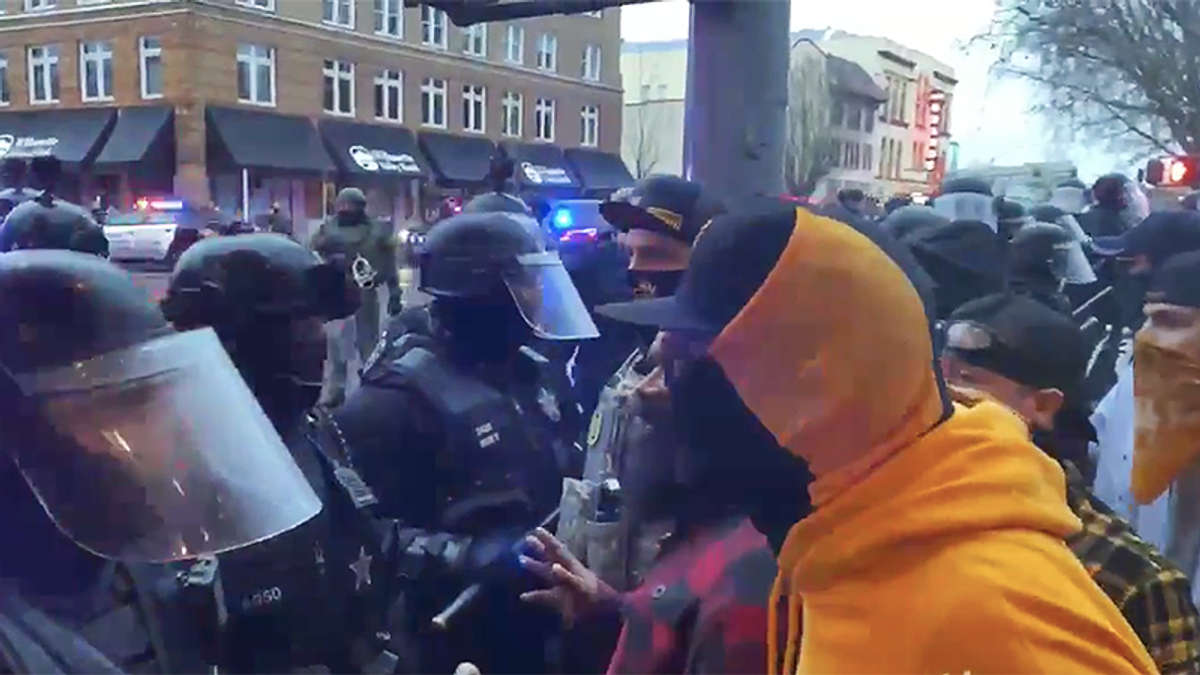 On Monday, The New York Times reported that the leader of the far-right group the Proud Boys, has been arrested in connection with an incident at a historically Black church.

"Enrique Tarrio, the chairman of the Proud Boys, was arrested by Metropolitan Police on suspicion of burning a Black Lives Matter banner torn from a historic Black church in Washington during protests last month that led to several violent clashes, including stabbings, around the city," said the report. "A spokesman for the Metropolitan Police Department confirmed that Mr. Tarrio, 36, had been arrested on charges of destruction of property, stemming from a mid-December incident in downtown Washington. Upon his arrest he was found to be in possession of two high-capacity firearm magazines and charged accordingly with possession."

The news comes after a USA TODAY reporter said that Tarrio abruptly ended a phone interview with him after he heard sirens blaring on the other line.

In addition, the Metropolitan AME church is suing Tarrio over the incident.