'We’ve been through the wringer!' Proud Boys leader whines his members are being persecuted for MAGA riots 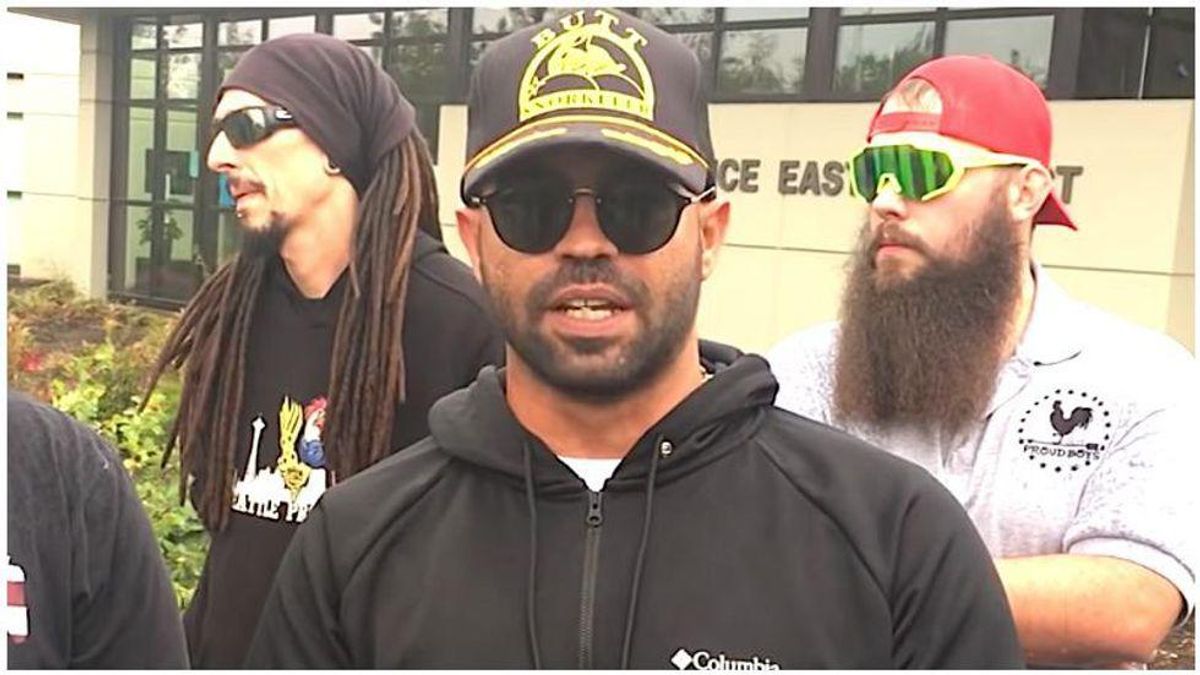 Proud Boys leader Enrique Tarrio is complaining that members of his far-right group are being "persecuted" unfairly for their role in the January 6th Capitol riots.

In an interview with the Associated Press, Tarrio said members of his group were being "overcharged" by prosecutors for participating in the deadly riot, but he insisted that the Proud Boys were stronger than ever.

"We've been through the wringer," Tarrio said in an interview. "Any other group after January 6th would fall apart."

That said, Tarrio is acknowledging that he has suspended Proud Boys rallies after the MAGA riots because he's focusing on making sure his imprisoned members get top-notch criminal defense.

Several Proud Boys have been charged for their role in the riots, highlighted by charges against four of the group's leaders -- Ethan Nordean, Joseph Biggs, Zach Rehl and Charles Donohoe -- whom federal prosecutors allege conspired to disrupt the congressional certification of President Joe Biden's victory.