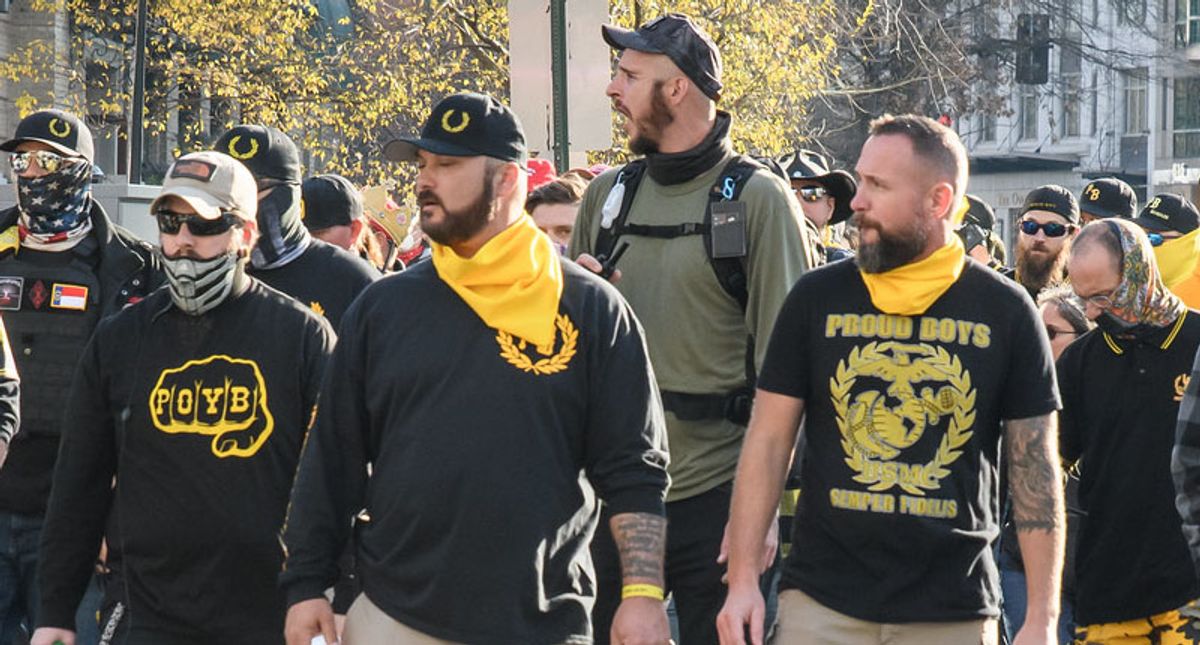 According to a report from USA Today, the Proud Boys were the recipients of a flood of donations after they were involved in Washington, D.C. street skirmishes in late December -- just weeks before the Jan. 6th Capitol insurrection.

Of note, the reports states, is the fact that more than 80 percent of the money that came through the Proud Boys' GoSendGive crowdfunding page came from contributors with Chinese surnames.

USA Today is reporting that, based on information provided to them by the whistleblower site Distributed Denial of Secrets, $106,107 was raised for medical costs with the bulk coming on late in the evening of Dec 17th.

According to the report, "A donor named Li Zhang gave $100. A few minutes later, someone named Jun Li donated $100. Then Hao Xu gave $20, followed shortly by $25 from a Ying Pei. In all, almost 1,000 people with Chinese surnames gave about $86,000, which led USA Today's Will Carless to write, "Why would people from China, Hong Kong and Taiwan, and members of the Chinese American community, donate to an organization with deep ties to white supremacists, whose members flash white power signals and post racist memes on social media?"

The answer, he suggests, has to do with the Proud Boy's antipathy toward communism, which is shared by many in the Asian community.

"Some Chinese Americans have bought in to the rhetoric spread by the Proud Boys, conspiracy theorists like Alex Jones and conservative commentators that America is under attack from communism," Carless wrote. ' They believe the Proud Boys are on the vanguard of protecting the country from a communist army controlled by Antifa and the Black Lives Matter movement — claims that have been widely debunked. "

According to Rebecca Kwan, who pitched in $500, "You have to understand how we feel — we came from communist China and we managed to come here and we appreciate it here so much. The Proud Boys are for Trump and they are fighting Antifa, and can you see anything good that Antifa did except destroy department stores and small businesses?"

The report notes that Kwan's sentiments were echoed by many who donated and included messages such as, "You are the true heroes and patriots!" and "Thank you for your courage to fight for our freedom!!"

According to Jennifer Ho, president of the Association for Asian American Studies, the Proud Boys hold a certain appeal to those who believe in traditional gender roles.

The USA Today report comes one day after the Proud Boys' Canadian offshoot disbanded after that government there labeled them a "terrorist group."