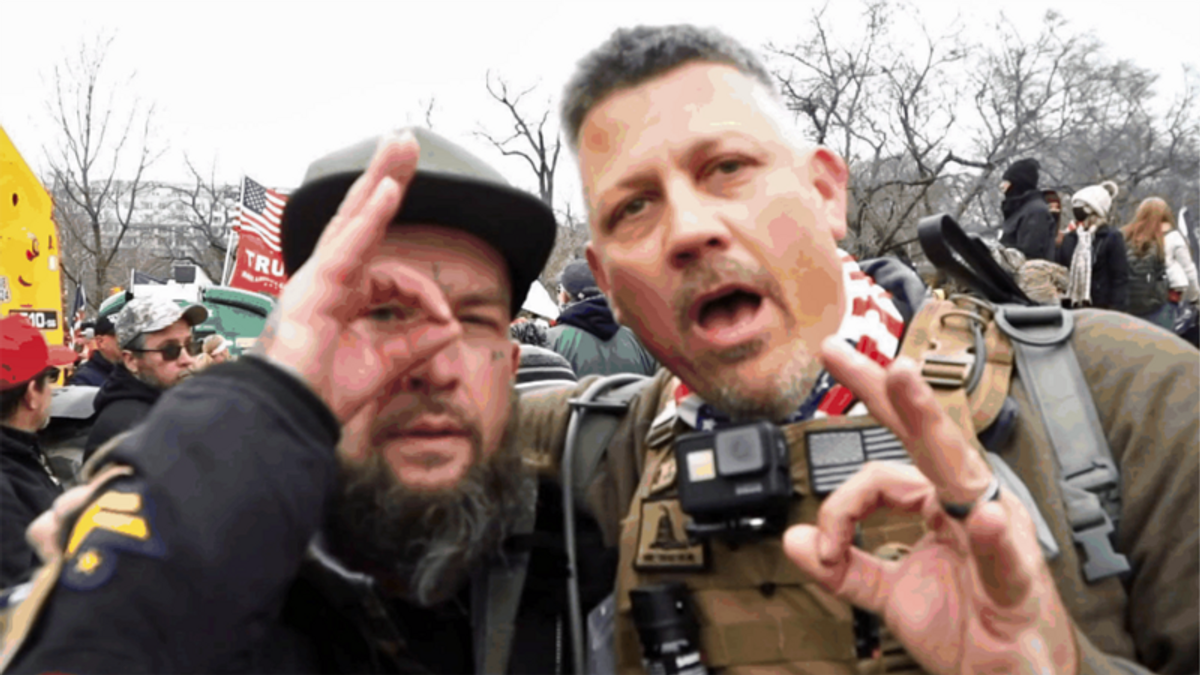 Yet another member of the Proud Boys has been arrested for taking part in the fatal January 6th insurrection at the U.S. Capitol.

"Government documents leading to the arrest of an East Naples man linked to violence at the U.S. Capitol claim he is a member of the far-right group, the Proud Boys," The Naples Daily News reported Saturday.

The newspaper has a connection to the situation.

"On Jan. 13, a tipster contacted the FBI to report that they believed Worrell traveled to the U.S. Capitol on Jan. 6, and potentially participated in the riot. The details are included in the FBI statement of facts a federal magistrate signed March 10. The tipster said they are an acquaintance of Worrell's live-in girlfriend," the newspaper noted. "The tipster said Worrell's girlfriend told them that Worrell is a Proud Boy and that the couple went to Washington, D.C., to be there on Jan. 6, according to the statement of facts."

"During a raid Friday, FBI agents arrested Worrell at a home owned by Trish Priller. Worrell's Facebook Page says he and Priller are in a relationship. Priller, who declined comment Saturday, is an executive assistant at the Naples Daily News. As of Saturday, Priller's supervisors could not be reached for comment," the newspaper noted.

When interviewed by the FBI, Worrell argued "the Proud Boys were not a racist white supremacist group like the media tries to portray."

In 2010, Worrell was sentenced to three years probation for impersonating an officer.

The FBI complaint contains an image where the suspect "appears to be spraying pepper spray gel." 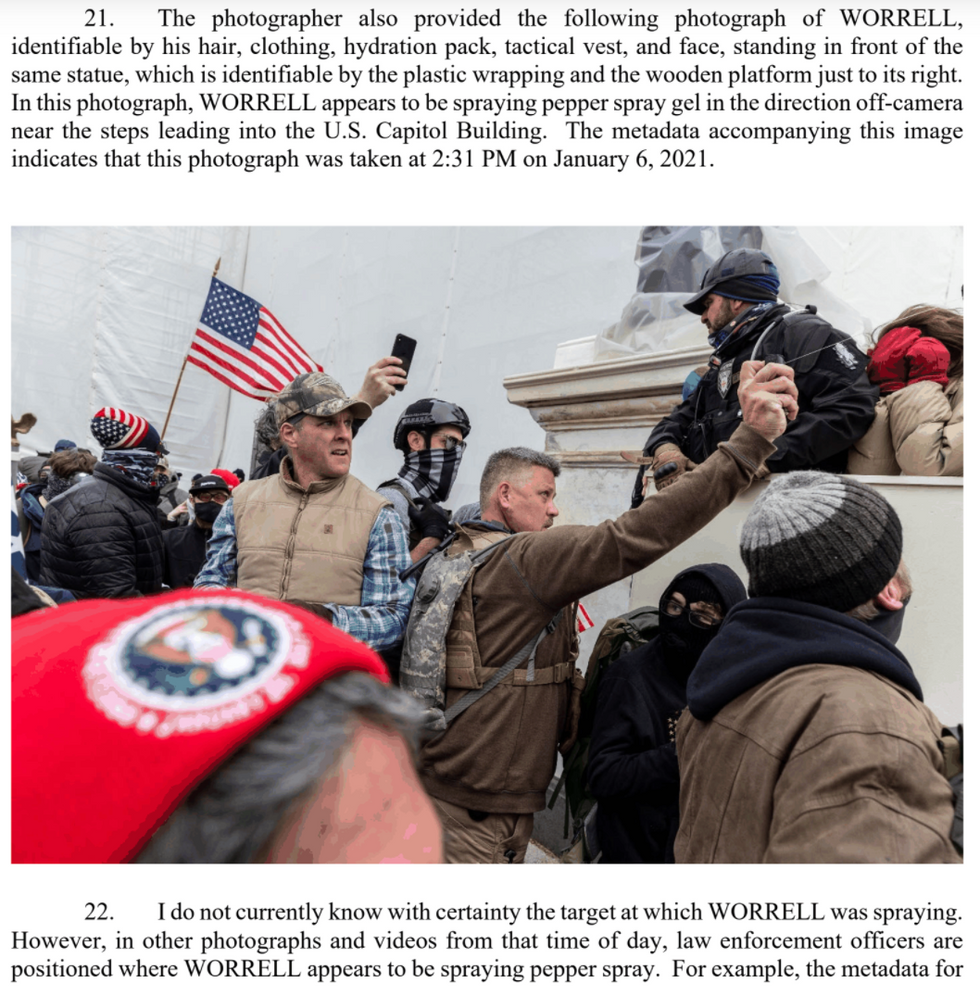