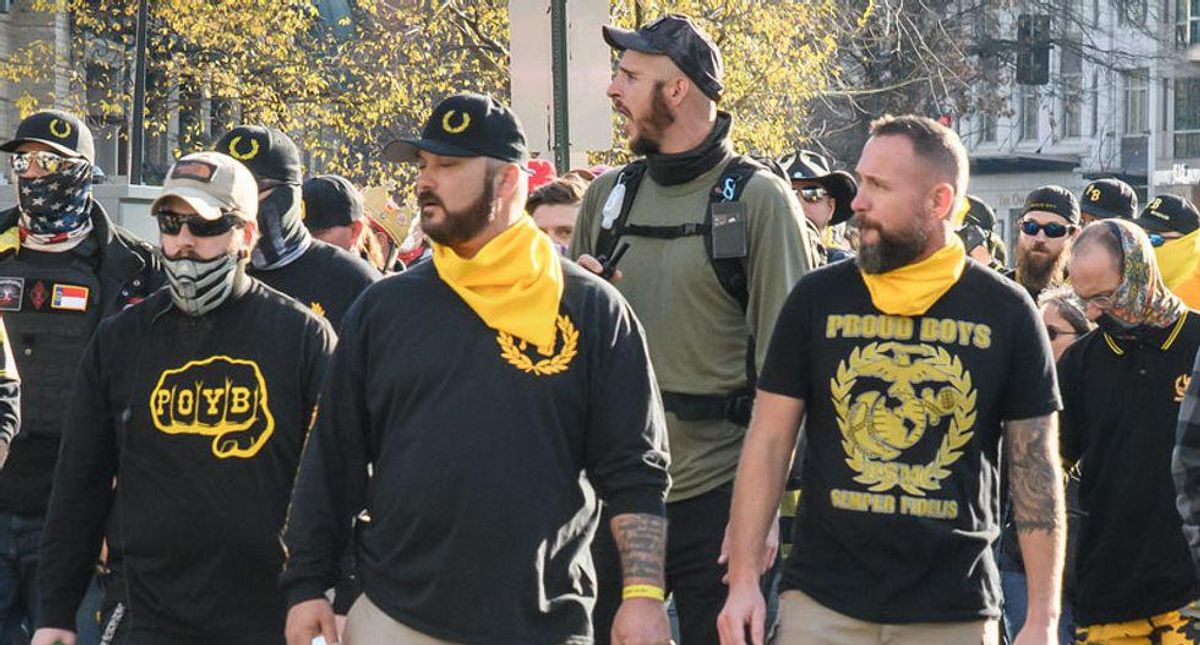 A group of hardline Nevada conservatives with ties to the right-wing Proud Boys could make a bid to take over the leadership of the Republican Party of Clark County.

Three men -- Rudy Clai, Matt Anthony and Paul Laramie -- and others with ties to the Proud Boys may seek the GOP group's leadership after allegedly threatening two Republican women officeholders and the county party's board, according to the Las Vegas Review-Journal.

"We have the numbers, and they don't, so they have to play dirty," said Anthony, who denied the threats. "It's that simple."

The Proud Boys, a self-described "Western Chauvinist" group infamous for their violent street brawls and characterized by experts as white supremacists, had a key role in the violent attack on the U.S. Capitol on Jan. 6.

Cegavske, the sole remaining Republican elected to statewide office in Nevada, has enraged the GOP for refusing to entertain former President Donald Trump's conspiracy theories about the 2020 election being stolen.

"The group is also deeply connected to an organization known as the 'Republican Chamber of Commerce,' which lists a Las Vegas headquarters, charges exorbitant membership fees and features a slightly altered Republican National Committee logo despite not being affiliated with the Republican Party and having no public record of being licensed to operate as a business or political entity within Nevada," noted the report.

Clark County, the location of Las Vegas and the most populous county in Nevada, has often been a springboard for the political ambitions of operatives from both parties.

Judith Whitmer, a progressive activist who recently assumed the chairmanship of the Nevada Democratic Party and has ushered in closer ties to the Bernie Sanders wing, previously chaired the Democratic Party of Clark County.