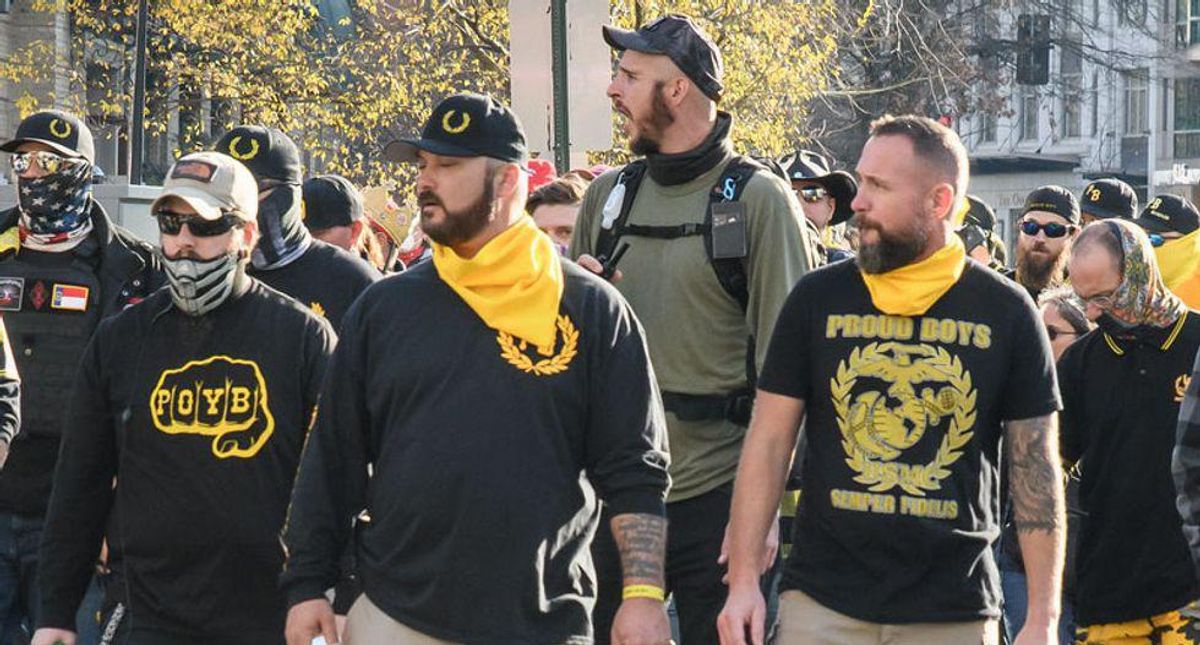 Emails revealed police continued blaming wildfires last year in Oregon on anti-fascist activists after the FBI knocked down those rumors.

Messages obtained by the watchdog group Property of the People show a Washington sheriff and other law enforcement officials pushed those rumors last summer to pin the blame for those wildfires on Antifa and Black Lives Matter demonstrators, although federal investigators found no evidence that was true, reported The Daily Beast.

"One of the methods Antifa is using to start fire's, is to take a mason jar with tinder placed inside the jar, put it in brush with the lid open, so the hot sun light will create a slow start which allows them to be out of the area before the smoke appears [sic]," wrote Klickitat County Sheriff Bob Songer to officials throughout Washington state.

However, that very same day the FBI released a statement debunking those rumors, which were similar to a campaign hatched earlier in 2020 by conservatives in Australia blaming environmentalists for wildfires there.

"A lot of people on the political right here were retweeting and supporting the theory that the Australian fires were created by arsonists, and in some cases going as far as to blame climate activists," said Mike Caulfield, a researcher at the University of Washington's Center for an Informed Public. "We saw this narrative coming in January. We knew it was coming, in some form, in the fall."

"Especially when so much of the far right is on high alert for supposed subversives, sheriffs spreading baseless rumors about antifa puts progressive activists and the general public in the crosshairs," said Ryan Shapiro, executive director of Property Of The People.

Songer, a self-described "constitutional sheriff" who admitted he never received any evidence that supported his claims about Antifa and fires, accused a woman in that September email of being an "Antifa/BLM" agitator -- months after those same false claims led to her family being attacked during a camping trip.

"The white bus being driven by suspected Antifa/BLM has been spotted at events in Sequim, Seattle, Coeur d'Alene, Spokane and now Moses Lake," Songer wrote, sharing the vehicle's license plate number. "The bus appears to be an older model timber crew bus. The registered owner of the bus is Shannon Lee Lowe with an address of [Lowe's address]."

"This is funny, you must check it out! :D," wrote reserve deputy Edward Rivenbark in June 2020. "Patriots kicking the sh*t out of Antifa, enjoy!"

The video shows Proud Boy leader Ethan Nordean, who now faces numerous charges for allegedly coordinating the Jan. 6 insurrection, punching a demonstrator, and Yakima County sheriff Bob Udell said he was disturbed after he was notified about the email.

"As you likely suspected, such an email does not even get close to professional standards," Udell said. "We shall deal with the issue."