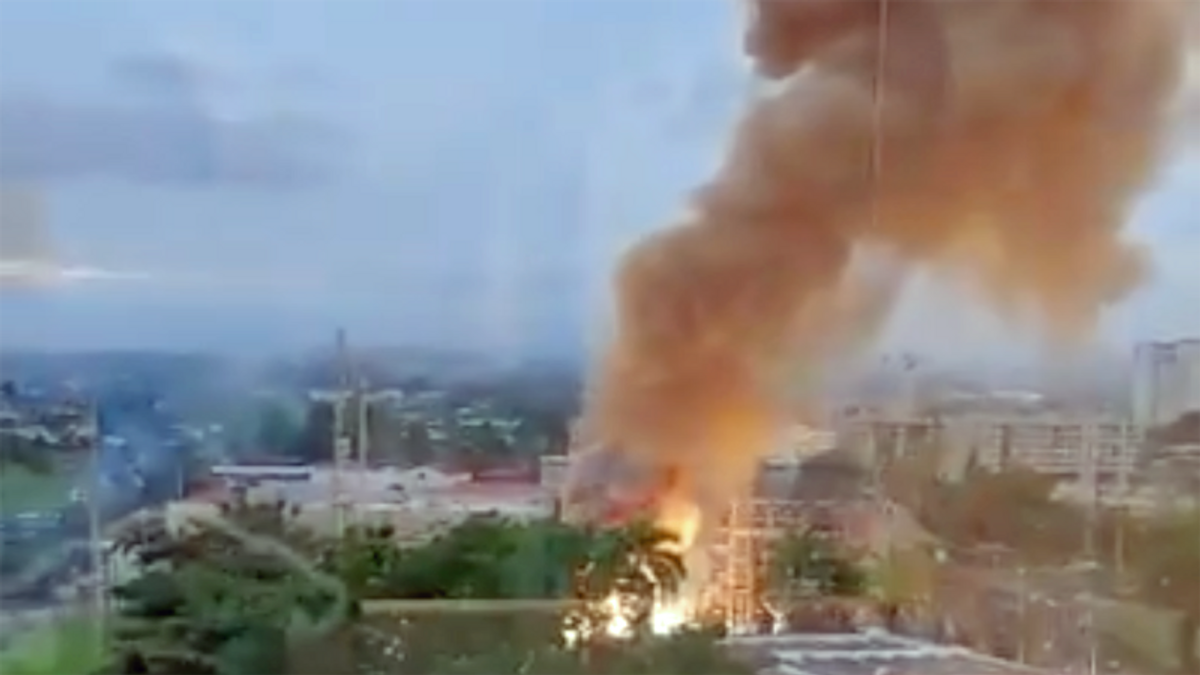 The power went out at the Puerto Rico Capitol on Thursday after an explosion and fire.

Power went out at the capitol.