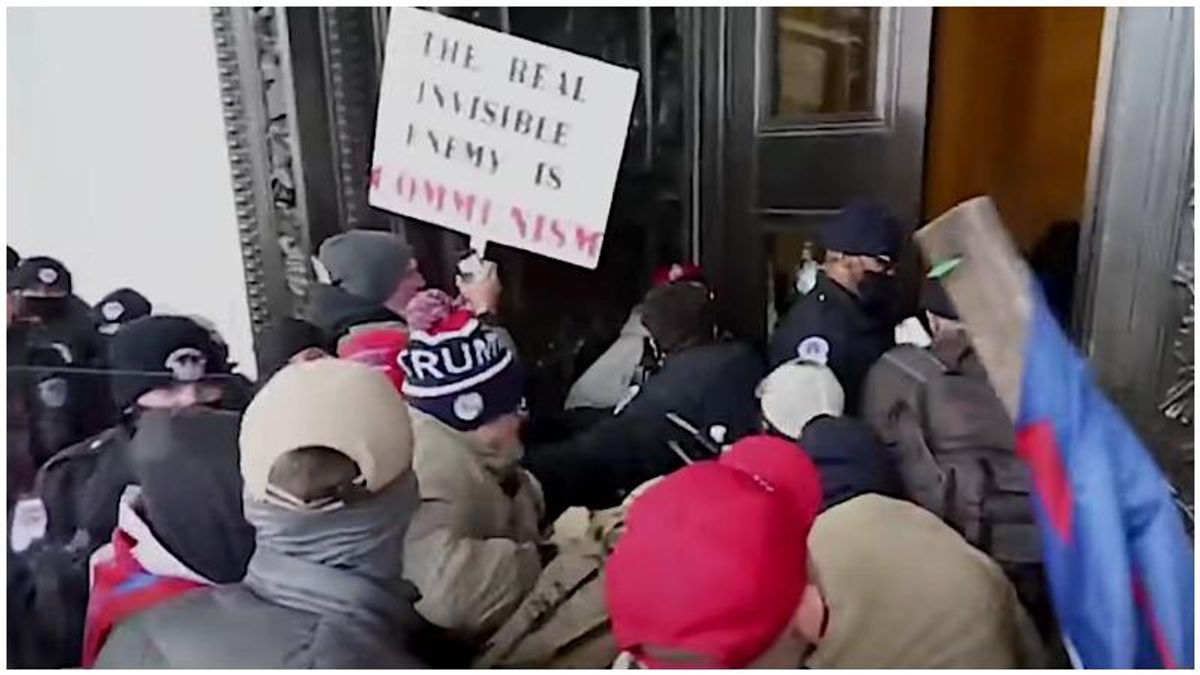 Greene, who represents Georgia's 14th Congressional District, in January 2019 "liked" a Facebook comment asserting that "a bullet to the head would be quicker" to oust Pelosi (D-Calif.) from the House speakership.

In April 2018, she responded to a Facebook post asking if "we get to hang" Obama and Clinton over their support for the Iran nuclear deal by saying the "stage is being set" and "players are being put in place."

"We must be patient," wrote Greene. "This must be done perfectly or liberal judges would let them off."

Greene also liked Facebook comments supporting the assassination of FBI agents who were purportedly part of the "deep state" opposition to Trump.

On Tuesday, Greene tweeted that "fake news CNN is writing yet another hit piece on me focusing on my time before running for political office."

Greene's views, however, have been clearly on display in recent years. These include—but are not limited to—the following:

An incessant tweeter of lies and conspiracy theories, Greene—who won 74.7% of the vote in her 2020 House race—is also known for menacing Democrats in Congress, including the so-called "Squad."

While campaigning last year, Greene posted an image of her holding a gun alongside Squad members, with a caption reading: "We need strong conservative Christians to go on the offense against these socialists who want to rip our country apart."

Greene was one of the 147 Republican lawmakers who attempted to overturn President Joe Biden's Electoral College victory, helping to incite the deadly January 6 pro-Trump terror attack on the U.S. Capitol.

Squad member Rep. Alexandria Ocasio-Cortez (D-N.Y.)—who took refuge in a secure room with maskless, coronavirus-spreading Republican lawmakers including Greene during the Capitol siege—said afterward that she had feared for her life due to "QAnon and white supremacist sympathizers, and frankly white supremacist members of Congress in that extraction point, who I know, and who I had felt would disclose my location… who would create opportunities to allow me to be hurt, kidnapped."