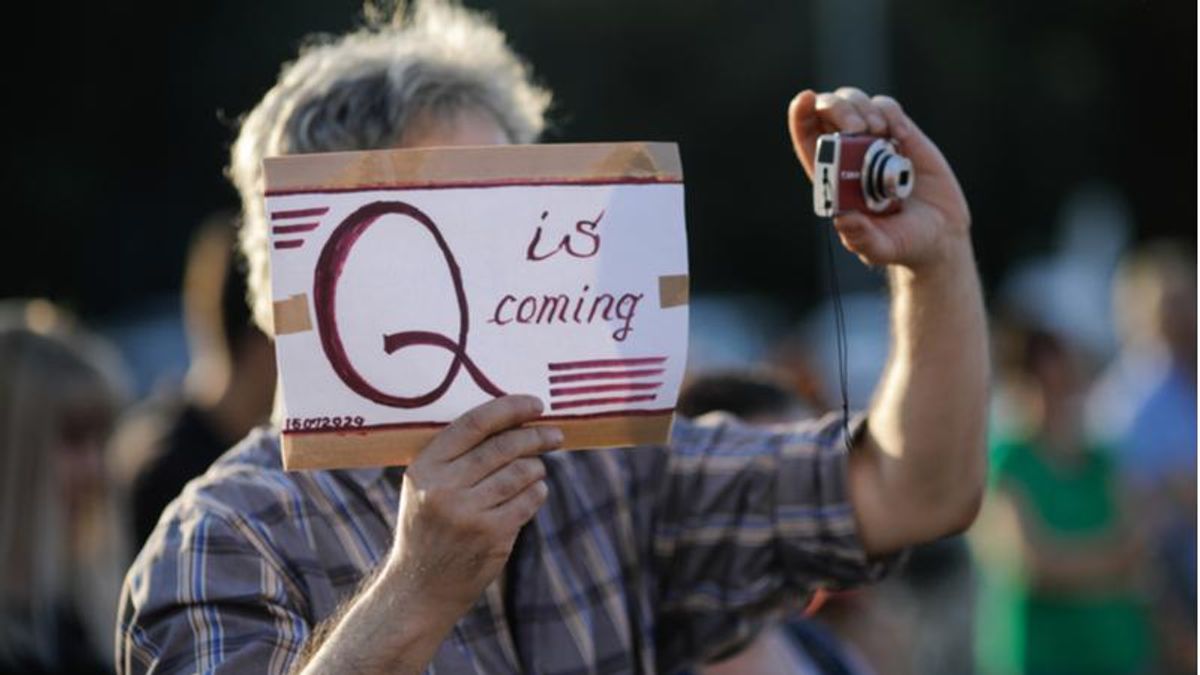 After years of disseminating some of the most convoluted, vile, and ever-evolving conspiracy theories to date, some adherents to the QAnon cult are backpedaling, even claiming that "there is no QAnon," VICE News' David Gilbert reports.

But Gilbert writes that this isn't necessarily an example of QAnon believers finally coming to their senses. "...the reality is that surface-level QAnon disavowal is an effort by high-profile influencers to distance the conspiracy theory from the past few months of negative media coverage."

After multiple examples of adherents moving the goal posts to accommodate predictions that never came to pass, coupled with the failure of January 6 to bring about a reversal of the 2020 election, the QAnon brand has been badly tarnished. The anonymous founder of the "Q Origins Project" says that by claiming that QAnon was never really a thing, believers are trying to get rid of their bad reputation.

"The idea within the QAnon movement that there is no such thing as QAnon originates from a post from Q, who wrote on October 17 of last year: 'There is Q. There are Anons. There is no QAnon.' 'Q' went on to say that QAnon was something made up by the mainstream media to tarnish the movement," Gilbert writes. '"Q' conveniently ignored the fact that past 'Q Drops' had referred specifically to QAnon in posts in 2018 and 2019."

Family members of QAnon believers tell Vice News that the adherents are now telling them that Q doesn't exist as a way to "rebuff any arguments against QAnon."

Another reason for the "there is no QAnon" narrative is to excuse high-profile figures who've seemingly disavowed the cult, namely Marjorie Taylor Greene, who was forced to walk back her past nods to the cult after being called out by Congress, and former Trump national security adviser Michael Flynn, who made comments earlier this year that seemed to disavow the cult.

"But claiming that there is no such thing as QAnon completely ignores the fact that for years, those at the heart of the conspiracy theory used the term freely to describe the movement," Gilbert writes.

Read the full article over at VICE News.