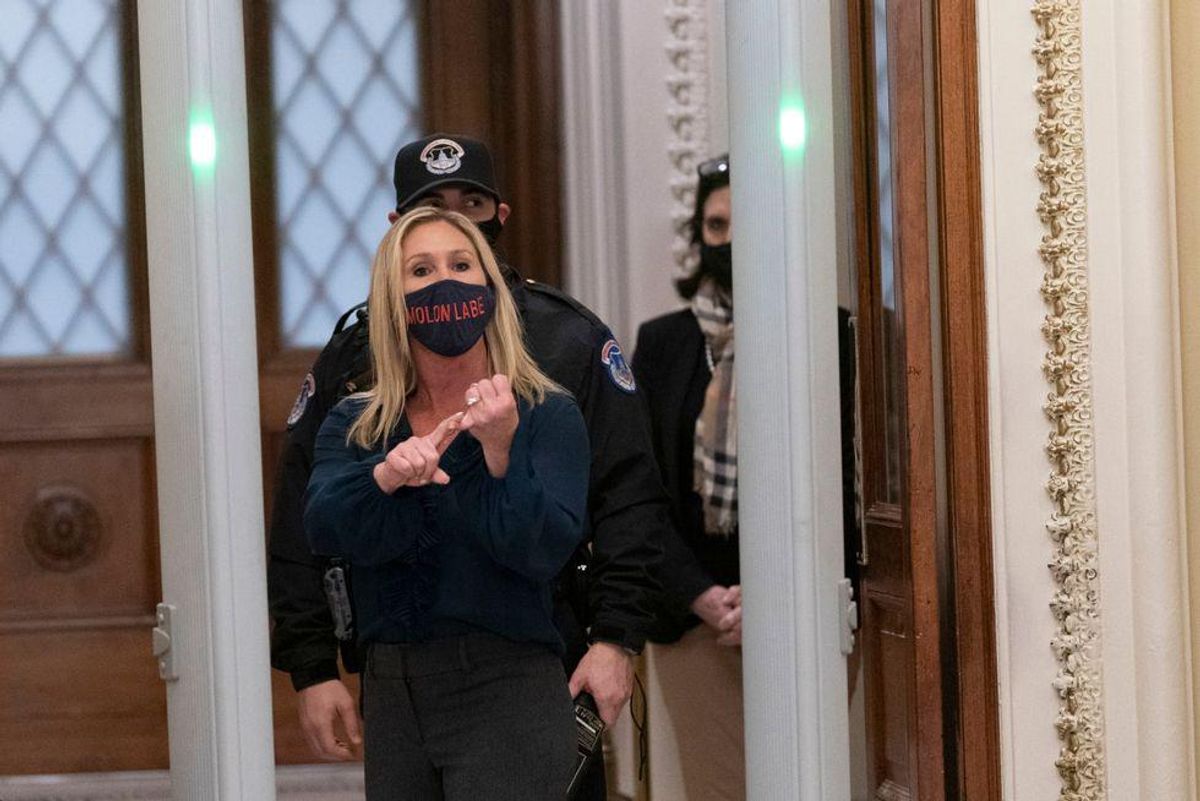 According to Meijer, a significant number of Republican voters are being deceived by the conspiracy theory which focuses on an alternate reality. "The fact that a significant plurality, if not potentially a majority, of our voters have been deceived into this creation of an alternate reality could very well be an existential threat to the party," Meijer said during an interview with CNN.

Over the last year, the QAnon movement has evolved into a full right-wing conspiracy that many Trump supporters have adopted as a belief system. Meijer went on to explain the different facets of QAnon beliefs. "When we say QAnon, you have the sort of extreme forms, but you also just have this softer, gradual undermining of any shared, collective sense of truth," Meijer said.

While there are many Republican lawmakers concerned about the QAnon influence on members of the political party, very few lawmakers have been willing to speak out and condemn the misinformation campaigns. Aside from Meijer, Rep. Adam Kinzinger (R-Ill.) has been one of the more vocal Republican lawmakers to air his grievances with little concern about intraparty backlash.

Not only did Kinzinger vote in favor of former President Donald Trump's impeachment, but he has also condemned the QAnon adherents' beliefs. Michael Wood, a Texas Republican congressional candidate, has also followed in Kinzinger's footsteps by opting to verbalize his concerns about QAnon.

"I think he bears direct responsibility for the rise of conspiratorial thinking in the Republican Party and the conservative movement as a whole," Wood said in an interview. "The big lie that he promulgated after Election Day did a whole lot of harm to our civic institutions."

With conspiracy theories taking centerstage, Kinzinger notes how fact-based Republicans are now "pariahs" within the political party. However, he is hoping fact-based politicians prevail and bring the party back to focus.

"It's almost like we're facts-based pariahs that are trying to sort of rein in this insanity that's gone on," he said. "It does feel lonely sometimes in terms of being the outspoken voice," Kinzinger said.

The Illinois lawmaker also hopes the Capitol insurrection ultimately becomes the "turning point" needed for the Republican Party to get back on track.

He later added, "I think it will be a turning point in the long run. I think in the short-term there were a number of people who have kind of woken up to it, but there's a number who haven't."