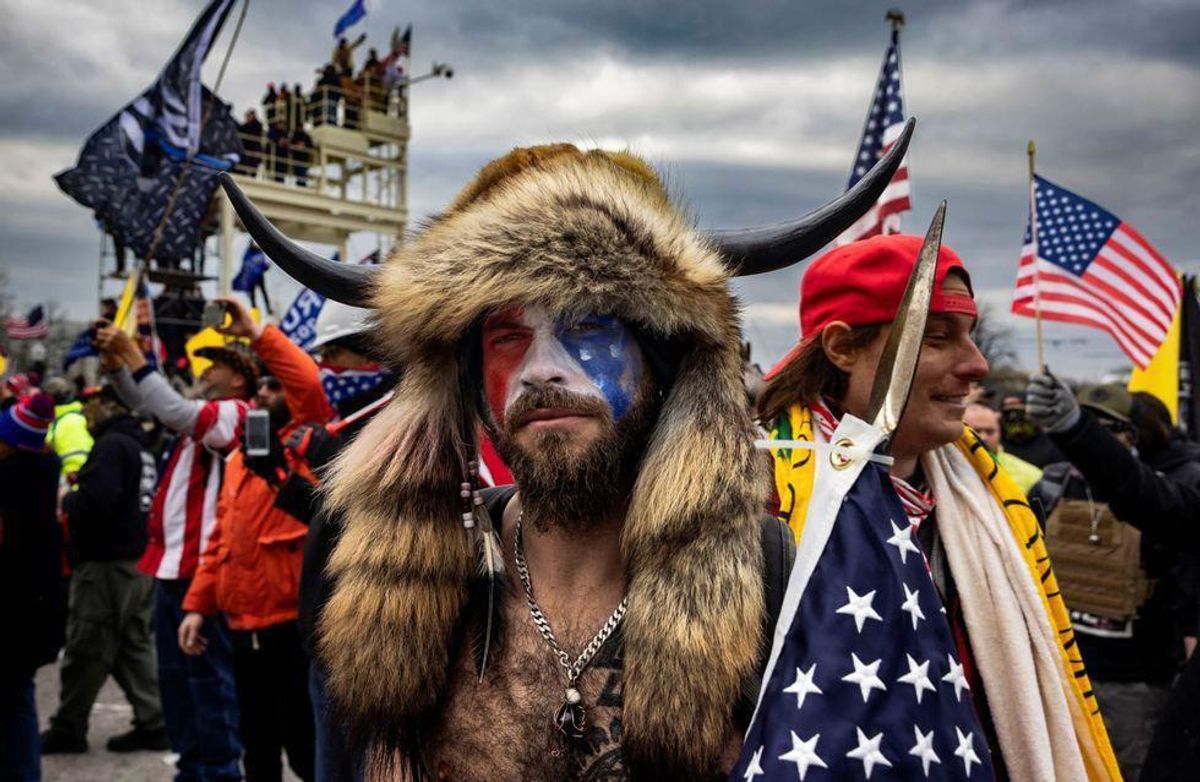 Social media is flooded on a near-daily basis with videos from school board meetings and other public forums showing angry locals berating elected officials over critical race theory or coronavirus safety measures, and history professor Thomas Lecaque wrote a column for The Bulwark explaining why those alarming spectacles aren't just isolated incidents.

"Over the past year, as the conspiracy theorists have come together under one big apocalyptic tent — the "stop the steal" election truthers, the anti-vaxers, the anti-maskers — we have seen organized campaigns of harassment, threats of violence, attempts to harm members of school administrations, and physical altercations at school board meetings when masks are mandated," wrote Lecaque, an assistant history professor at Grand View University.

"Remember that QAnon is a partisan murder apocalypse fantasy," he added, "because that affects everything else."

Some of those right-wing extremists are running for Congress, while others are still working to undo Donald Trump's election loss, and some are starting to take over school boards and local government.

"We are still seeing large rallies against the federal government," Lecaque wrote. "But at the same time, QAnon activists are becoming ever more local in their politics. Whatever narratives were spun about suburbs as a locus of anti-Trump sentiment, they are also the place where anti-maskers and QAnon have merged to attack school boards and public health measures."

School board members are quitting rather than face belligerent conspiracists, who are lining up to replace them, and other right-wing groups, like the paramilitary Proud Boys, seem to turn up where QAnon goes.

"Every day it seems more likely that the kind of violence we saw at the national level on Jan. 6 will be replicated in the states and cities and suburbs," Lecaque wrote. "Where they go one, they go all in on the bad apocalyptic conspiracy that will not die.