‘QAnon Shaman’ feels betrayed — and is now willing to testify against Trump: report 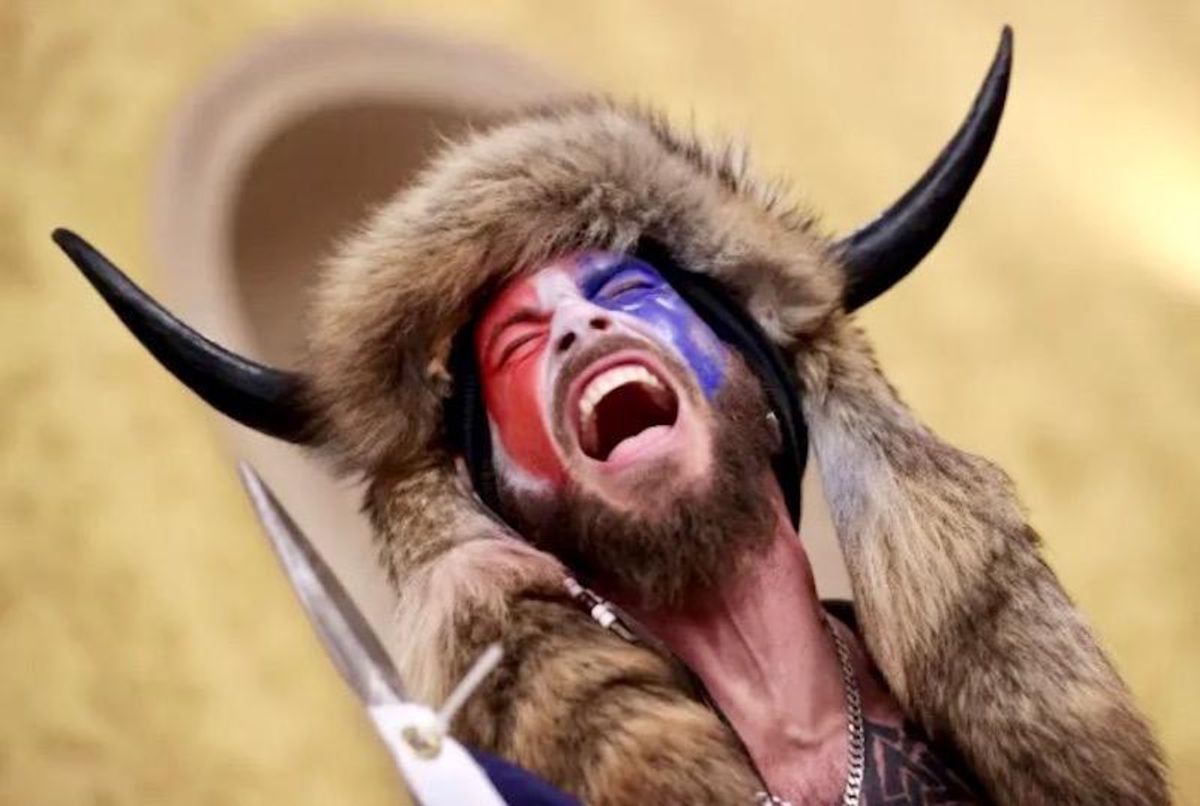 On Thursday, the Associated Press reported that the self-styled "QAnon Shaman" who was seen in pictures of the Capitol riot wearing horns and red, white, and blue face paint is willing to testify against former President Donald Trump — because he feels "betrayed" he didn't receive a pardon for what he thought was following Trump's orders.

Jacob Chansley, of Arizona, is accused of breaking into the Senate chamber and leaving a threatening message for former Vice President Mike Pence — who became a target of the rioters' wrath due to his refusal to overturn the election certification using a fringe legal theory.

"Lawyer Albert Watkins said he hasn't spoken to any member in the Senate since announcing his offer to have Jacob Chansley testify at Trump's trial, which is scheduled to begin the week of Feb. 8. Watkins said it's important for senators to hear the voice of someone who was incited by Trump," said the report. "Watkins said his client was previously 'horrendously smitten' by Trump but now feels let down after Trump's refusal to grant Chansley and others who participated in the insurrection a pardon. 'He felt like he was betrayed by the president,' Watkins said."

Chansley is one of dozens of Capitol rioters now facing state or federal charges for their involvement, although there is still debate over how many people will ultimately be prosecuted.

Trump is facing impeachment on one count of inciting insurrection, for his role in encouraging his supporters to show up in D.C. and help him overturn the election. It is widely believed Senate Democrats do not currently have the votes for conviction, as 45 Republican senators sought to dismiss the trial as unconstitutional.