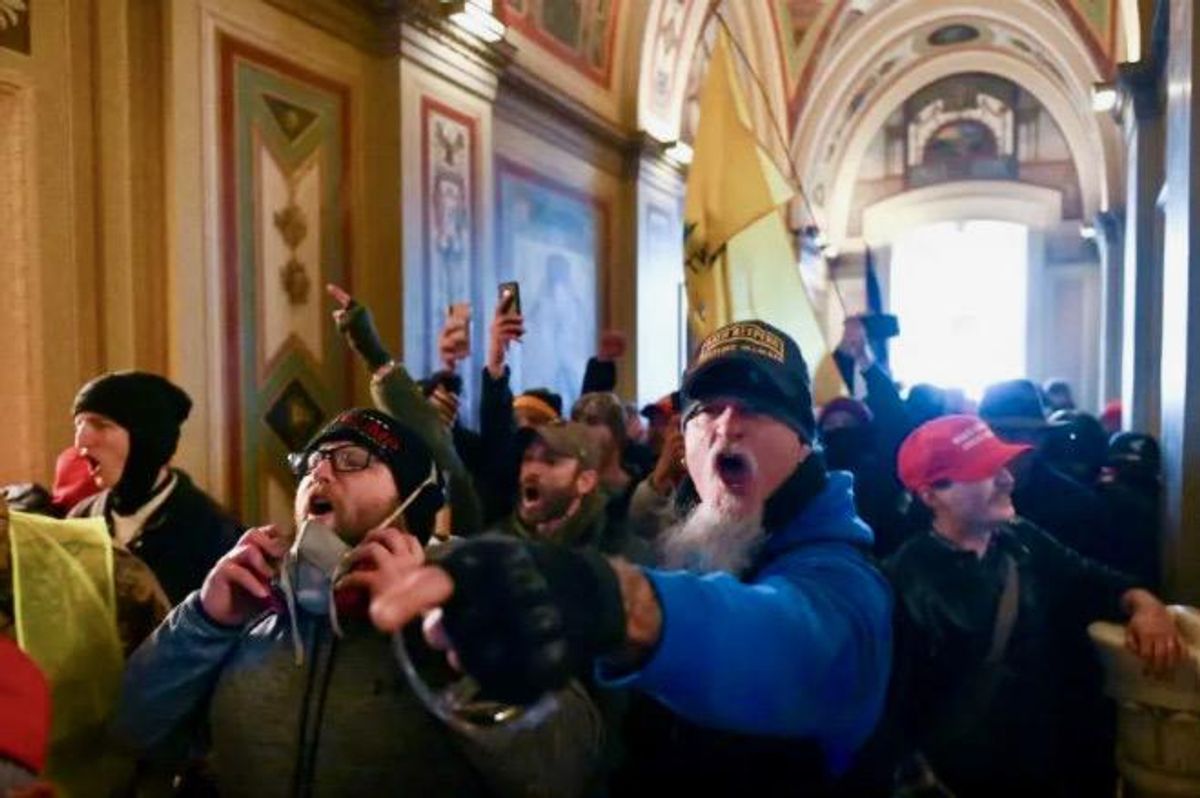 Supporters of US President Donald Trump inside the US Capitol (AFP)

Some of President Donald Trump's supporters apparently intended to kidnap Vice President Mike Pence and execute him if he didn't overturn their election loss.

The president's supporters stormed into the U.S. Capitol on Wednesday, as Pence presided over the congressional certification of Joe Biden's election win, and video captured some of them threatening to execute the vice president -- who Trump had singled out in a speech just minutes before they burst into the building.

Photographs show some rioters carrying flex cuffs used as restraints by law enforcement and a gallows set up outside the Capitol, and the vice president was taken to safety, along with lawmakers, congressional staffers and reporters, after the president's supporters broke in.

"I heard at least 3 different rioters at the Capitol say that they hoped to find Vice President Mike Pence and execute him by hanging him from a Capitol Hill tree as a traitor," reported Reuters photographer Jim Bourg. "It was a common line being repeated. Many more were just talking about how the VP should be executed."

I heard at least 3 different rioters at the Capitol say that they hoped to find Vice President Mike Pence and execu… https://t.co/SWZPfDNWVf
— Jim Bourg (@Jim Bourg)1610118095.0

Trump had falsely claimed to supporters ahead of the march that Pence had the "absolute right" under the U.S. Constitution to throw out election results for Biden, and the president pressured his running mate to take action -- which the vice president said he could not lawfully do.

A Trump supporter who spoke to local news outlet CBS17 said the crowd in D.C. turned violent after hearing reports that Pence would not help the president overturn his election loss.

"People got news on their phone that Mike Pence said he is not going to object to these seven states, and he was going to accept the electoral college that promotes [President-elect Joe] Biden," she explained. "That is when everybody got really upset and that's when they started storming."