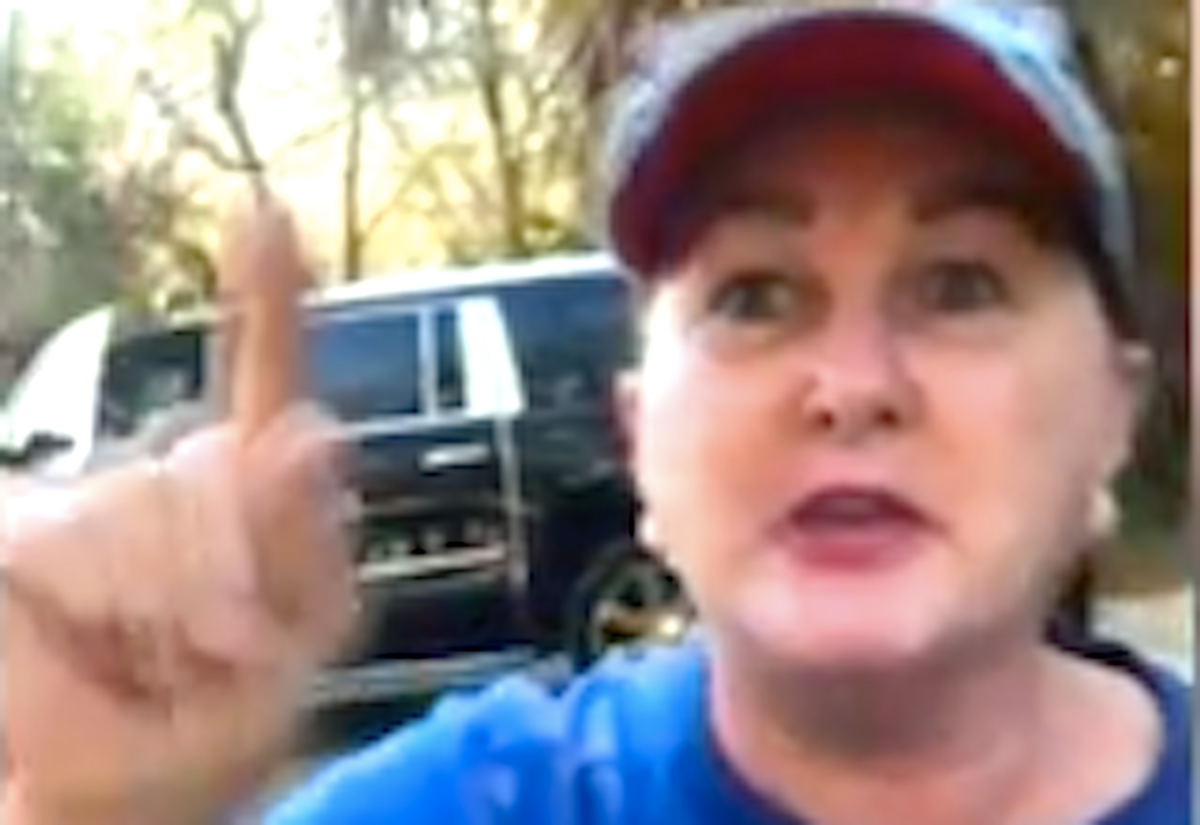 An unrepentantly racist Florida woman was recorded hurling racist abuse at two Black men she saw working, and her only regret is not saying the N-word often enough during the encounter.

Gina Brashear used the racial slur six times in the short video clip posted online after she saw the two men unloading sheet metal Saturday from a semi-truck, which she complained was blocking her Lehigh Acres driveway, reported WBBH-TV.

"I've been insulted before," said Melvin Finely, who was on the job for OF Logistics during the encounter. "It's nothing new to me, but this time around it's a little, I don't know, it just feels a little different. I have a 7-year-old son, and I dread the day that he would have to go through anything similar to what I have had to go through."

Finley was working alongside Will Osley when Brashear began hurling racist abuse at them, and their client recorded video of the incident.

"Me and him are on the back of the truck, we're still working," Finley said. "We're still unloading the sheets of metal onto the pallet [and] we start hearing this commotion on the other side of the truck just getting louder and louder and more intense."

Brashear, who made news a decade ago when a human customer bit her during an argument at the Fort Myers pet clinic she runs, declined to speak on camera about the confrontation, but she expressed no regrets in a phone interview afterward.

"It doesn't matter if I said it 100 times in 30 seconds," Brashear said. "There's nothing illegal about saying it."

Brashear frequently shares racist content on her Facebook page -- such as memes warning of a race war, celebrating running over Black Lives Matter protesters, superimposing a Confederate flag over the White House and promoting right-wing gun militias -- and she told the TV station that her bigoted views are justified.

"Do I have reasons to be racist?" she said. "Absolutely I do. That one you need to get straight coming from me, I don't care who's upset. I don't care that I'm called a racist."