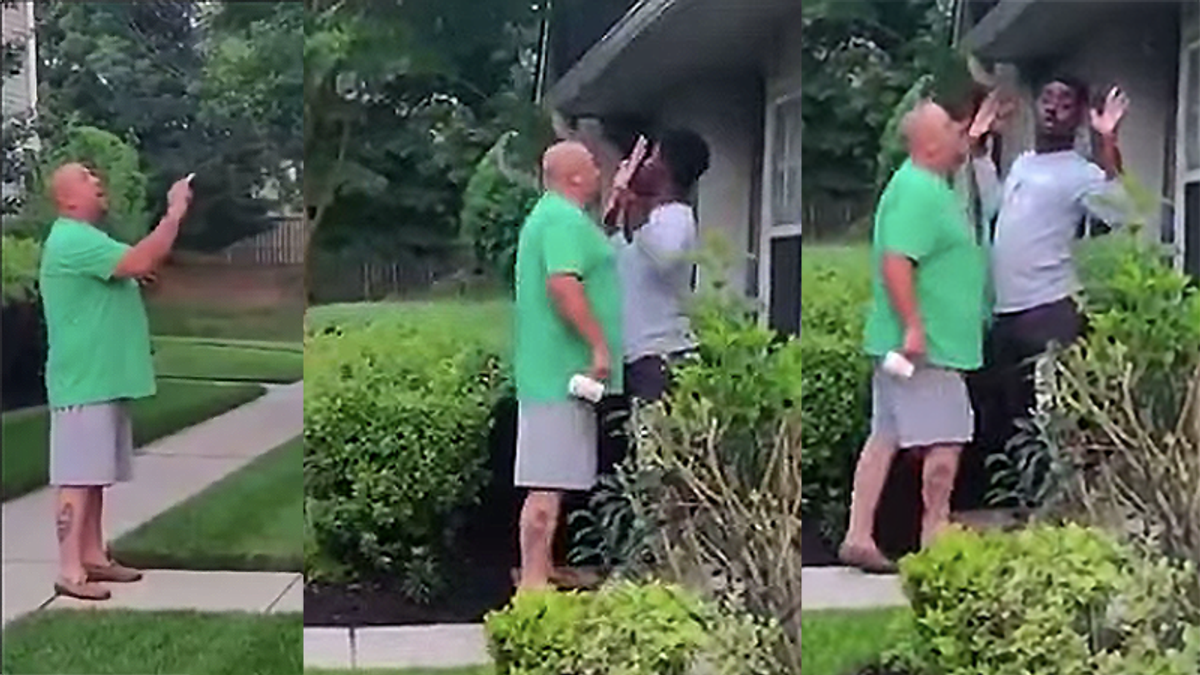 A neighborhood squabble went nuts when a New Jersey racist attacked his neighbor, challenging him, "come see me" to discuss. Then all hell broke loose on Sunday.

The Philadelphia Inquirer reported Monday that as many as 150 people showed up outside Edward Cagney Mathews's home yelling at him until police ultimately arrived.

Matthews was captured on video previously threatening his neighbor and the video quickly went viral.

"Learn your law. It's not Africa," Mathews says in the video, telling a man he isn't allowed to stand there.

"I was born in America, sir," the man replied.

Matthews taunted "come see me," and that's when the community fought back.

"We want Edward!" the protesters chanted, blocked by a line of police officers.

Police ultimately took him away to face "fourth-degree charge of bias, intimidation and trespassing" charges.

"Neighbors blamed Mathews for problems that began about two years ago, said Ashleigh Gibbons, 35, who has lived in the condo development for about 20 years," said the report, saying that he had been harassing her ever since.

Matthews attempted to apologize on Monday, but as the report explained, the damage was already done.

He said that his racist slurs weren't meant to be racist, "Anybody that knows me know that I just talk like this."

See the viral video below: