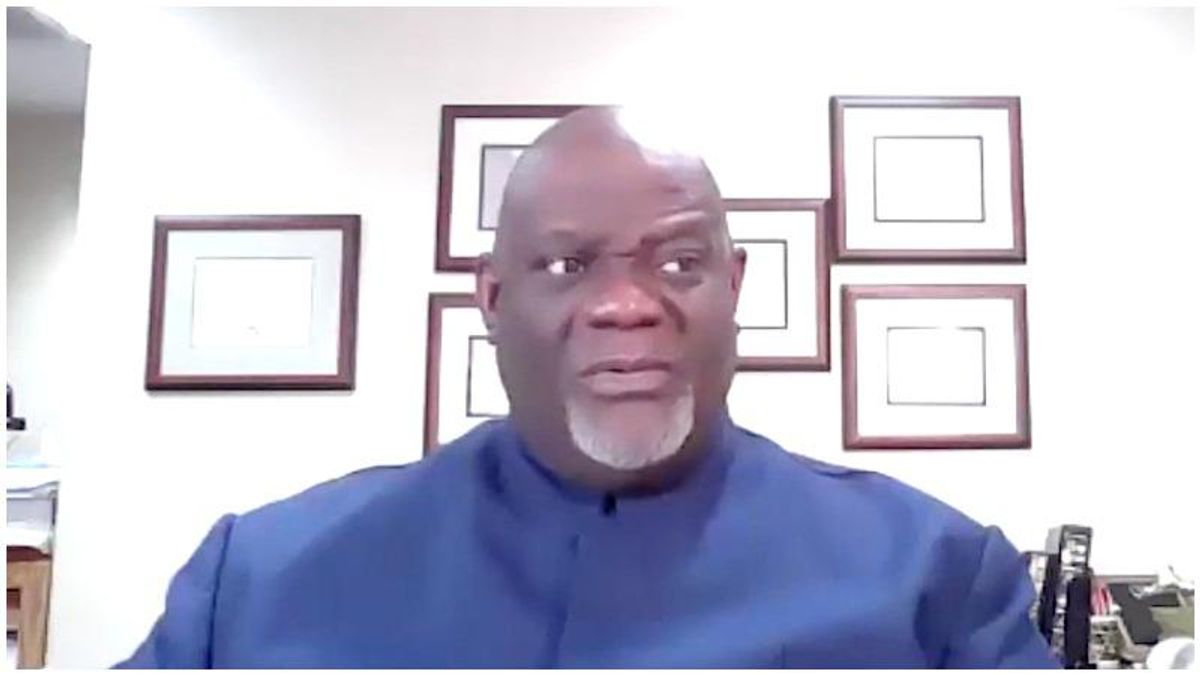 The pastor of Cornerstone Baptist Church in Arlington, Texas, says that a letter he received from Southern Baptist author John Rutledge stopped him in his tracks.

"It was Sunday after church, that I stopped to really read it critically and I said, 'Oh my God,'" said Pastor Dwight McKissic, who is Black, told local news outlet WFAA.

Rutledge used the term "savage" and other offensive terms to describe Black people.

"Legislation leapfrogged the Negro over whites, placing Negroes in residences that they could not otherwise afford, and granting them unmerited entry into classrooms and boardrooms," the letter stated. "Yet, they remain savages; they defile and diminish every arena in which they parade: academic, political, corporate, judicial, military, athletic. Seeking another white bastion to badger and beleaguer, they invaded the church."

McKissic received the letter after he announced that he was leaving the Southern Baptist Convention of Texas after they stated that critical race theory is not compatible with their doctrine.

"In Minnesota, they put a knee on George Floyd's neck. We will not let them put a knee on the necks of our pulpit," said McKissic.

Speaking to WFAA, Rutledge was unapologetic about his letter. "How can you call yourself a Christian and make comments about another race like this? If the facts are the facts, Christianity has nothing to do with it," he said.

The National Southern Baptist Convention condemned the letter and promised more diversity in their ranks, but McKissic says that there are currently no people of color in any leadership positions.

"The Southern Convention has yet to prove evidence that they're willing to accept Black people, Asian or Hispanics at any leadership positions," said McKissic.

Other prominent Baptist figures have reacted to the letter as well:

Watch WFAA's reports on the story below: