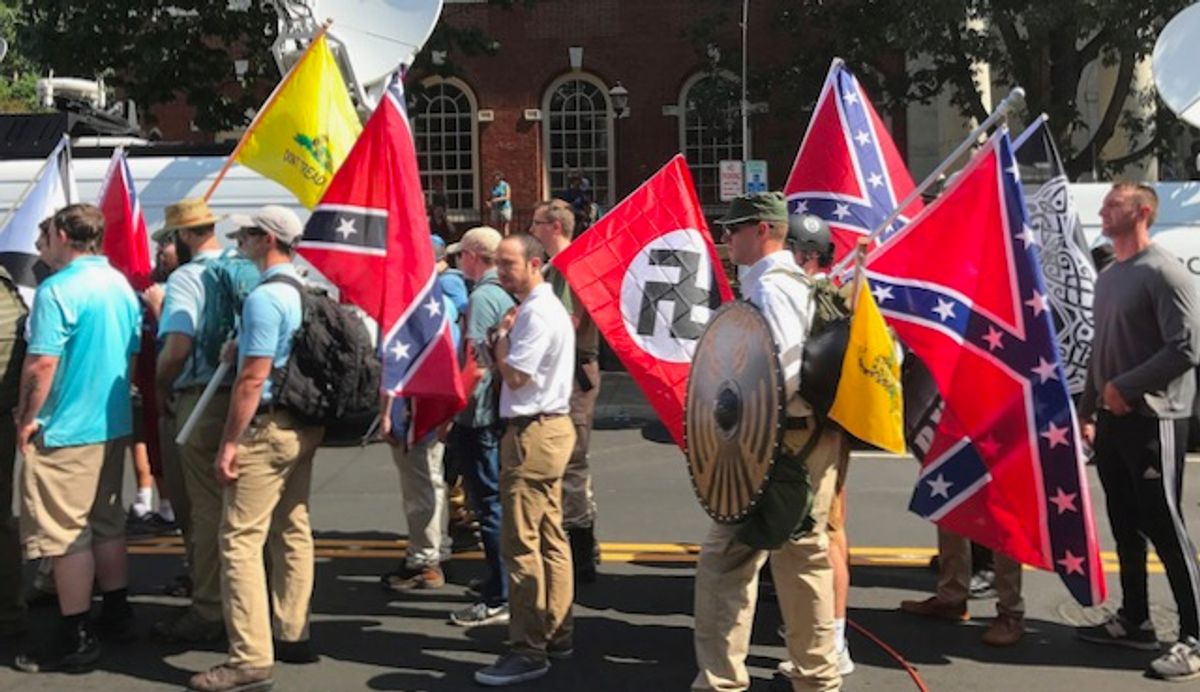 According to a report from MLive, in the past two years, white supremacists in Michigan appear to have been emboldened as attacks on people of color and Jews have increased according to to number compiled by the Antidefamation League.

While most attention on Michigan has been centered on a far-right extremist plot to kidnap, try and execute Democratic Gov. Gretchen Whitmer (D) after the arrest of 13 men last October, MLive is reporting that race-based violence and vandalism is wracking the state.

"The Anti-Defamation League, a nonprofit watchdog group, reported a 240% increase in antisemitic incidents in the last five years. White supremacist groups are also stepping up efforts to recruit young men across Michigan," the report states before adding, "The FBI recorded 434 hate crimes reported in Michigan in 2019; 313 were motivated by race or ethnicity. Data for 2020 is not yet available."

According to the report, those numbers likely don't tell the whole story.

MLive reports, "Assistant Attorney General Sunita Doddamani, head of Michigan's Hate Crimes and Domestic Terrorism Unit, said the numbers only show a small part of the story. Hate crimes are vastly underreported. Often only the most violent incidents result in criminal convictions," before adding that the COVID pandemic may have be helping fuel many of the newer attacks.

"Misinformation about the COVID-19 pandemic fueled conspiracy theories about sinister government elites profiting off the situation," the report notes before adding, "The ADL also recorded a steep rise in anti-Asian sentiment after public figures blamed China for unleashing the coronavirus>

"Meanwhile, an old-school form of messaging flourished while social interactions were limited by the coronavirus pandemic. White supremacist propaganda increased by 36% increase since 2019," the report states.

"The ADL found white supremacist propaganda was distributed in 54 communities across Michigan. Propaganda associated with five different white supremacist groups were identified, including two neo-Nazi groups and a chapter of the Ku Klux Klan."

White supremacists are also finding fertile ground by targeting younger people with Carolyn Normandin, regional director of ADL Michigan, explaining, "They are looking for an easy way to call like-minded people to them. (They're) looking for disengaged young people, men 18 to 28 years old, who don't have a lot of friends and are looking for sort of a brotherhood."