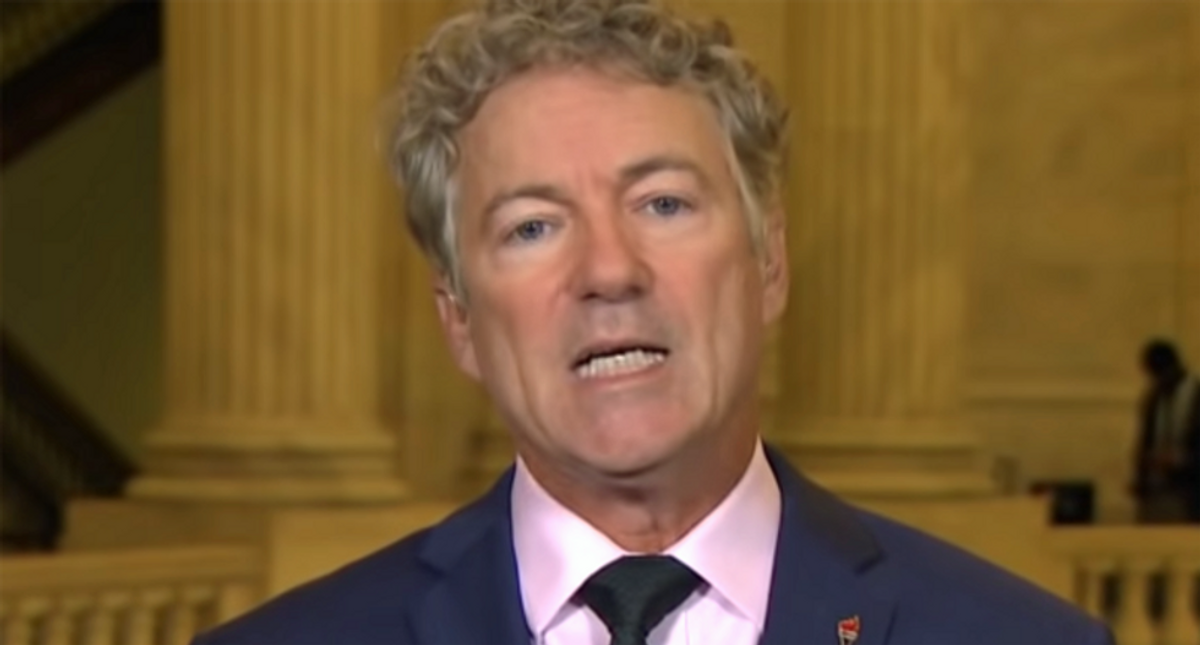 "You are live with the senator, you can go ahead and ask your question," the staffer said.

"Hi senator, I am a proud Kentucky citizen and I just wanted to tell you get f*cked," she said.

After an awkward pause, the staffer moderating said, "alright, we'll go ahead to our next question."

Paul is being challenged by former Kentucky state legislator Charles Booker in the 2022 election.

You know, these TikTok pranksters are really out of control. Rand Paul is a United States Senator! Does he really d… https://t.co/LaBfLQ01cw
— Ron Filipkowski (@Ron Filipkowski) 1627056837.0