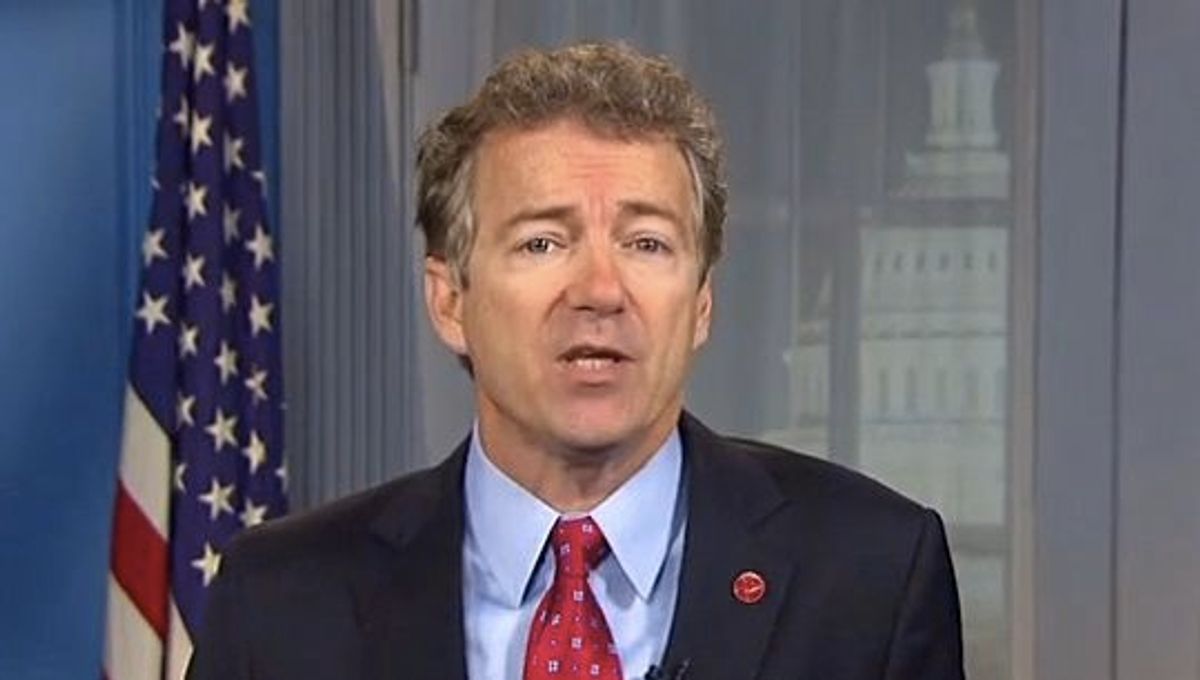 "And I quote, 'go F yourself,'" said Keilar. "Such a lovely sentiment that Senator Rand Paul's strategist tweeted about Dr. Anthony Fauci in response to Fauci giving his opinion this week on the future of masks. That they might be a, quote, 'seasonal thing.' Classy retort. Well, think of this as trickle-down semantics, because Senator Paul is also trolling Fauci ahead of another hearing appearance this morning on the pandemic, which has now claimed more than 600,000 American lives. In response to Fauci saying he's being politicized by extreme people, which is just a fact, Paul replied, 'Looking forward to tomorrow's hearing, Dr. Fauci,' passive-aggressive exclamation point there at the end."

"To be clear, Fauci is not immune from questions or scrutiny, but Senator Paul, who's an eye doctor, approaches these hearings as if they're a WWE match, only instead of titillating a witting crowd, he blows disinformation all over them," said Keilar, showing a clip of Paul's previous fight with Fauci in which he called masking "theater." "Nothing brings out Senator Paul's propensity to act like an ass like a congressional appearance by Fauci, and that's saying something. Not surprising, Paul was one of the only lawmakers who refused to wear a mask on the Senate floor at the height of the pandemic in the winter."

"He jettisoned his own beliefs about personal responsibility when he was exposed to the coronavirus early on," continued Keilar. "Knowing he was exposed to the virus, he still decided to hit up the Senate gym and do laps in the pool while he waited for his test results. That visit to the gym exposed his colleagues, many of whom are in the high-risk category, because he ended up testing positive, becoming the first senator that we're aware of to be infected."

"Like Elvis' Kentucky Rain, Rand Paul's COVID BS keeps pouring down, and it's enough to fill the swimming pool in the Senate gym," concluded Keilar.

Donald Trump is spending his day at Mar-A-Lago hosting a parade of journalists for sit-down interviews as he tries to get in front of a coming wave of damaging books, according to a new report.