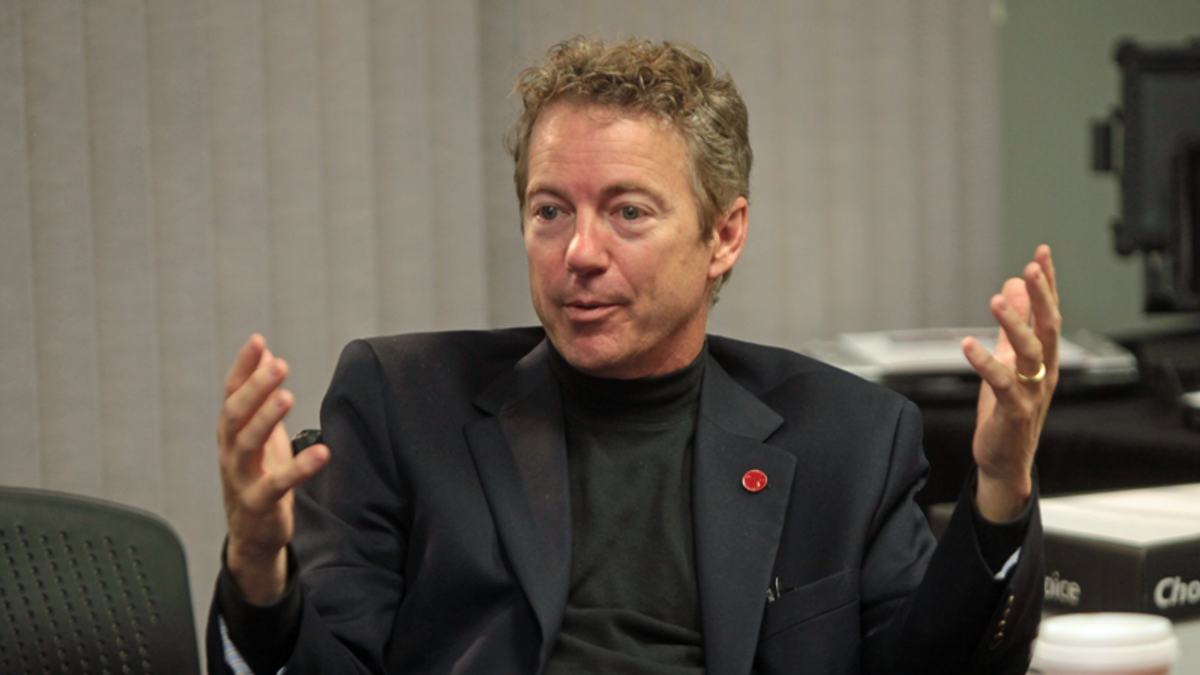 Sen. Rand Paul (R-KY) was blasted for his extremist defiance of CDC guidelines as the Delta variant surges in the south.

"It's time for us to resist. They can't arrest all of us," Paul said in a video that surfaced over the weekend. "They can't keep every government building closed – although I've got a long list of ones they should."

Paul was harshly criticized on MSNBC by former Kentucky state Rep. Charles Booker, who is challenging Paul in the 2022 midterms.

"So as a person with an underlying condition, does your opponent Rand Paul's disinformation campaign about COVID feel kind of personal?" Hasan asked.

"It absolutely is personal," Booker replied.

"You know, I've had to ration my insulin because I couldn't afford it. I nearly died from it," he explained. "I'm at high risk. My wife and I are preparing to have our third daughter now. I've lost an uncle to COVID."

Booker went on to slam Paul for not providing real leadership during a pandemic that has killed more than 600,000 Americans.

"This is not a game. We're in a moment where a pandemic has cost us so much loss that we need leadership to find our way forward," he continued. "Instead of that, he's chasing conspiracies, trying to find the bogeyman and inciting lawlessness and fear-mongering and it's going to cost us lives and we have to stop it."