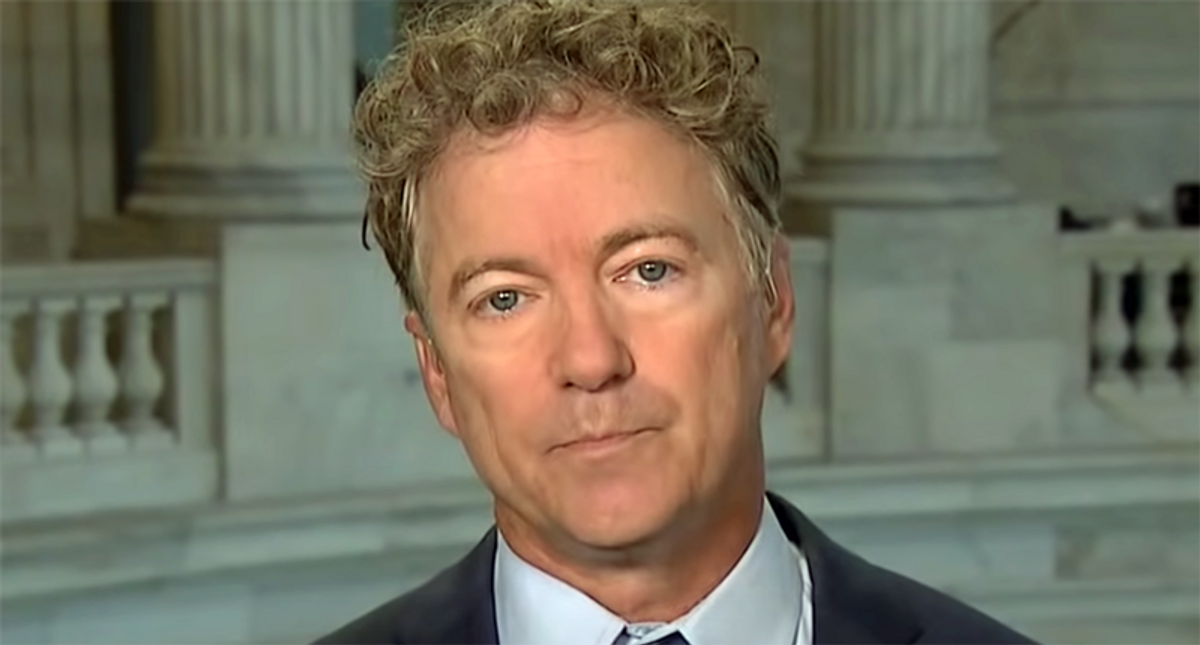 According to Miller, Paul's admission was a stunning display of cowardice.

"The preponderance of failures by Republican elected officials over the last two months, and especially over the last two weeks, are due to purely political calculations. They can't engage in a War on Terror against people they believe are their own voters," Miller wrote. "The political cowardice here is breathtaking. Imagine thinking that one-third of your constituents were terrorist sympathizers and not attempting to do something about it. But while this Republican cowardice shouldn't be excused, at least you can understand it."

According to Miller, Republicans have been the do-nothing party for the past year, failing to hold any confirmation hearings and leaving the country leaderless.

"Why are we in this position? Because before January 6 they were terrified of hurting Donald Trump's feelings by taking any actions which suggested that Joe Biden was going to be the next president. And now they are keeping out of session so that they don't have to confront the article of impeachment that the House has passed," he wrote. "In other words: Because they were desperate to protect Trump, both then and now."

On Monday, BuzzFeed News justice correspondent Zoe Tillman reported that pro-Trump lawyer Sidney Powell suffered yet another blow, with the Supreme Court tossing her remaining petitions to challenge the results of the election in Arizona and Wisconsin.

Powell was originally cheered on by former President Donald Trump's allies, with campaign lawyer Jenna Ellis saying she and Rudy Giuliani would "release the kraken" — a term that was swiftly picked up by adherents of the QAnon conspiracy theory.

Fox Business host Maria Bartiromo lashed out at Rep. Debbie Dingell (D-MI) over a COVID relief bill that was passed by Democrats in the U.S. House of Representatives.

Throughout the 10 minute interview on Monday, Bartiromo repeatedly raised her voice at Dingell.

Anti-mask demonstrators in Santa Cruz, California have declared their local Trader Joe's a "Nazi store" for requiring them to wear face masks during the novel coronavirus pandemic.

Mercury News reports that anti-maskers gathered outside the Trader Joe's and demanded to be let in despite refusing to wear masks.