'All we have left is Rand Paul': Russian state TV bemoans lack of GOP supporters after Trump's exit 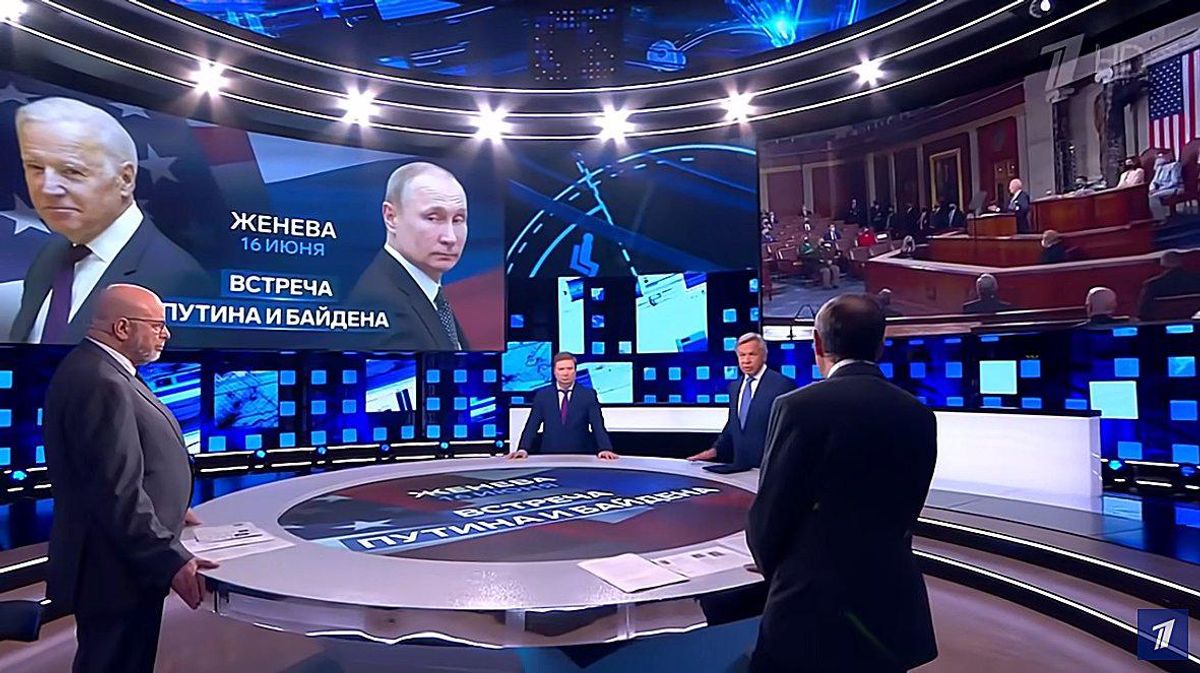 Russian state television complained over the weekend that Sen. Rand Paul (R-KY) is the only American lawmaker who supports Russia's agenda following former President Donald Trump's loss in the 2020 election.

"Now that Tulsi Gabbard is gone, all we have left is Rand Paul," one of the panelists was quoted as saying.

Panelists on #Russia's state TV bemoan the lack of pro-Russian Congressmen/Senators: "Now that Tulsi Gabbard is gone, all we have left is Rand Paul." pic.twitter.com/7AMKWNtJxP
— Julia Davis (@JuliaDavisNews) May 29, 2021

But many commenters noted that other Republican lawmakers -- like Sen. Ron Johnson (R-WI) -- have been known to repeat Russian talking points.

Read some of the responses to Davis's tweet below.

Thanks for posting that. I was unaware. Seems like lots more of GOP are getting rubles these days
— jjjjhh (@jjjjhh) May 30, 2021

No they still have Kennedy Blackburn, Graham, Johnson, McConnell, Nunes, Really to many to list. pic.twitter.com/U6URSlh5bx
— Sarah Rose (@NoBSallowed1) May 29, 2021

They aren't looking very closely, then. I can name a few. Ted Cruz, Ron Johnson, Moscow Mitch, maybe a good 75% of the Republicans in both houses. Don't you, worry, Russian state tv, you've got friends in DC.
— Jenn- ScrantonSavesTheWorld! (@CQueenbeejdl) May 29, 2021


And Ron Johnson and Mitch McConnell and Devin Nunes and and and and and.... But so special for Tulsi and Rand to get this shoutout from their home country. 😳
— Camille Kimball (@CamilleKimball) May 29, 2021