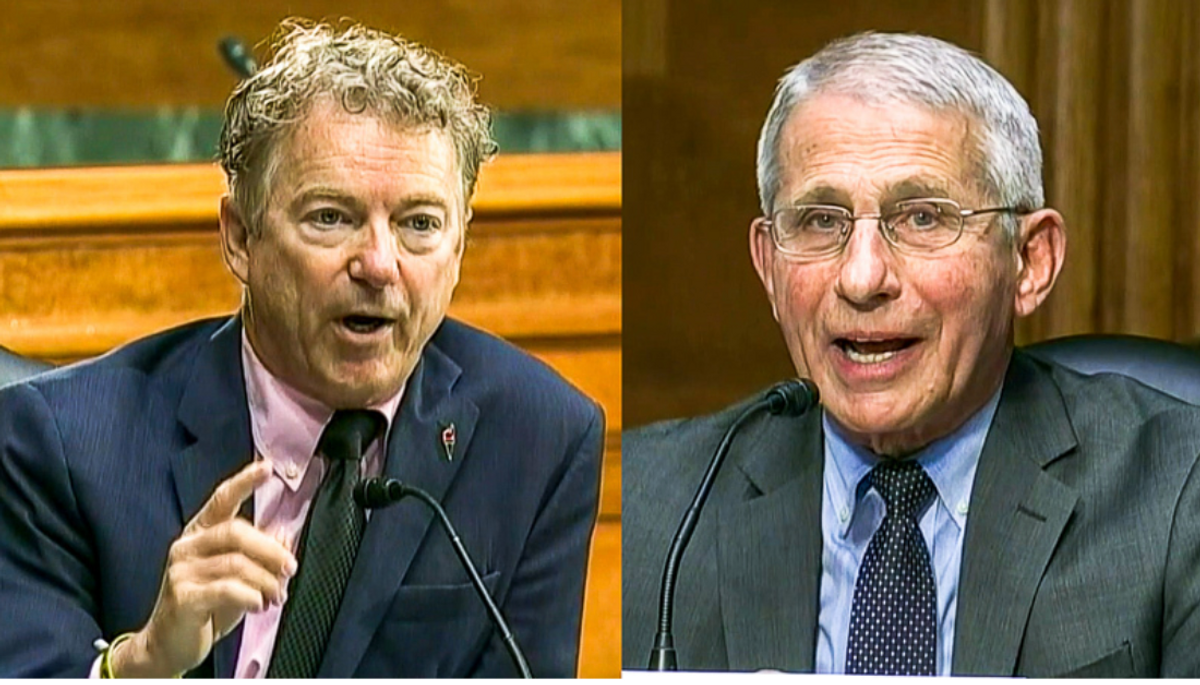 Sen Rand Paul (R-KY) once again attacked Dr. Anthony Fauci, the director of the National Institutes of Health's National Institute of Allergy and Infectious Diseases, with another grandstanding performance during a Senate hearing on the COVID-19 health crisis.

Taking up conspiracy theories spread by former White House trade adviser Peter Navarro, the Kentucky Republican spoke over Fauci after accusing him of helping to fund Chinese research into viruses that led to COVID-19.

Paul claimed that Dr. Ralph Baric, a virologist in the U.S., has been collaborating with scientists at a Wuhan virus laboratory, and that the research was funded by the U.S. National Institutes of Health.

The Republican senator claimed Baric had engaged in gain of function research that could potentially make certain viruses even more deadly.

"Think about that," Paul continued. "The SARS virus had a 15% mortality rate and we are fighting a pandemic that has about a 1% mortality [rate]. Can you imagine if a SARS virus that has been juiced up and had viral proteins added to it, if that were released accidentally? Do still support funding of the NIH funding of the lab in Wuhan?"

"It is not," Fauci firmly responded. "If you look at the grant and the progress reports, it is not gain of function despite the fact that people tweet that... We do not send money to that institute."