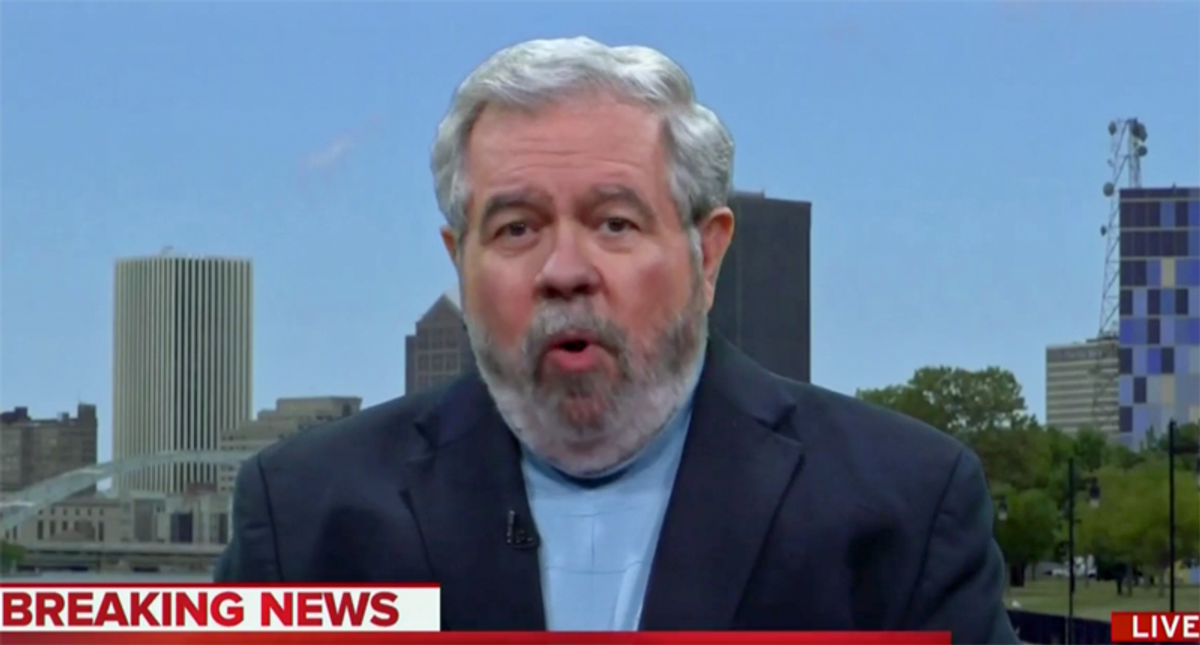 After Donald Trump's Twitter rant against Republicans on Christmas Eve, CNN pundits gathered to explain what's really going on in the president's head.

Trump was golfing most of Christmas Eve, but when he returned to Mar-a-Lago, he tweeted out a threat to primary Republicans whose reelections he said he saved.

Yahoo News White House correspondent Brittany Shepherd explained that President-elect Joe Biden isn't one to be "hot under the collar," but his holiday address was as close as Biden gets to show his frustration.

"And aides are texting the expletive saying, 'we can't -- if this is his floor of pettiness, where is his ceiling going to be as lives are on the line?'" she went on. "And they don't know what they can do beyond scream and yell and hope that the American people retaliate in due time."

But it was Trump biographer and Pulitzer Prize-winning journalist David Cay Johnston who perfectly captured the reality of Trump's psyche as his power slowly erodes away.

"Three years ago, I wrote that if a virus were to hopscotch around the planet on jetliners and cause a worldwide pandemic, Donald Trump would not know what to do," he recalled. "Well, we've seen exactly that. He doesn't know what to do. And he is doing here what he did when he was in financial trouble 30 years ago. When he should have been dealing with people he owed money to, Trump was sitting in his office going over swatches of cloth on what fabric to pick for one of his casinos. He is running away from responsibility because he's a con man, and he does not know, Kate, what to do in a situation like this. He has absolutely no idea."

CNN host Kate Bolduan cut in to say that the country facing a pandemic isn't like swatches of cloth or a casino bankruptcy.

"Right. but he doesn't -- the point is that he doesn't have any real executive skill," he explained about Trump. "He has always hired people to run his businesses for him. His TV show, to anybody who understands how business works, it may have made him a hero and a star to a large audience of people who have never been in any dealings with high-level executives, but to executives, it's a ridiculous show. And he simply doesn't have the skill to assign people, to demand results because he really doesn't know how to manage. It's all a con. His whole life has been bullying, making claims and hiring people to do things on his behalf."

Bolduan read off a quote from Sen. Lindsey Graham (R-SC) saying that any pardon of Paul Manafort would be "a disaster."

Senior political analyst Ron Brownstein that time will tell if it was a disaster or not.

"But it is a disaster for the country I think," he said. "It is absolutely embarrassing and demeaning to America's standing in the world. We literally send people all over the globe trying to teach countries how to stand up democracies. The National Democratic Institute says it's worked in 156 countries. Now we have a president who is literally trying to tear down our own democracy, both through his attempts to subvert the election since November, these pardons for cronies and confederates, and people who have worked with him."

Brownstein explained that this is nothing more than "the last gasp of a strongman who knows that his days are numbered, who is addled, who is erratic, who is vengeful, who is angry.