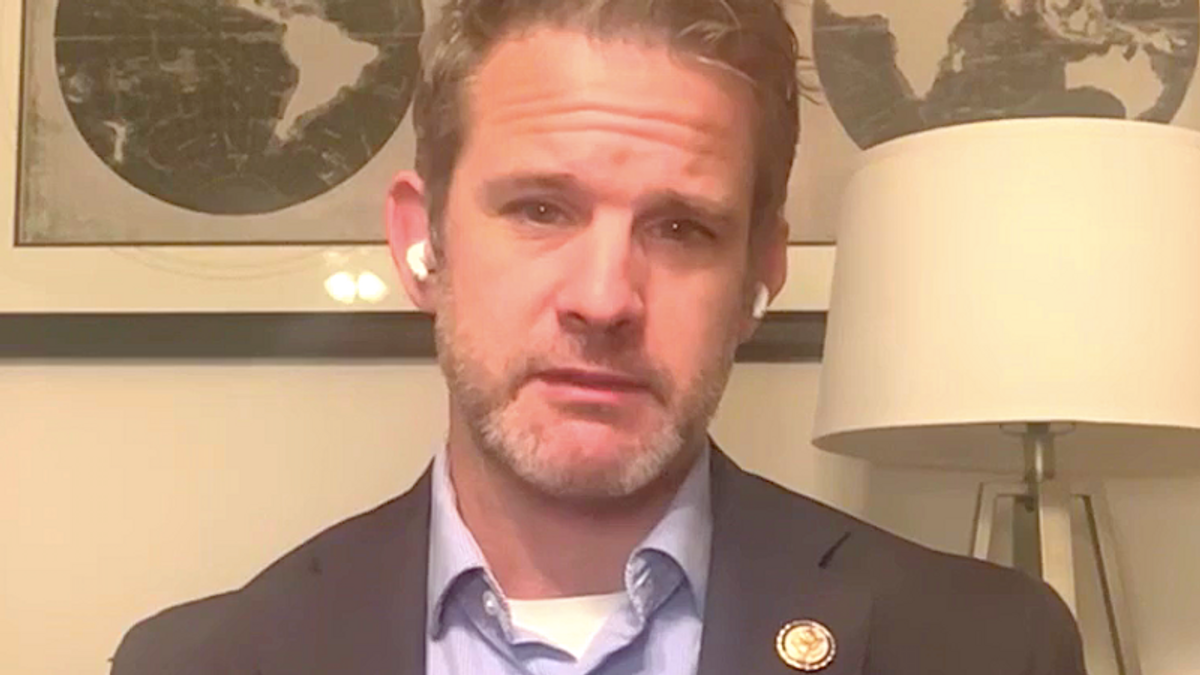 The Illinois Republican, the first member of his party to call for Trump's removal through the 25th Amendment, said Capitol police and other agencies should have been prepared for the mob that stormed the government building, killed a police officer, menaced legislators and reporters, and stole or vandalized property.

"I have been for weeks predicting violence on the 6th," Kinzinger said. "You know, to have intel agencies and stuff saying that they never saw this coming -- I have been, all I'm doing is looking at Twitter, seeing the posts, 'Bring your guns,' seeing the '1776' calls. I knew this was going to happen, and to see it then happen, you know, we lost a Capitol police officer this morning. I think that's the fifth person or something to die from this riot, and, my goodness, that's where we're at, because people did not want to tell voters the truth."

Kinzinger then turned his anger against GOP voters, who continue to support Trump and even agreed with Wednesday's violent attempt to overturn the president's election loss.

"This like a massive litmus test in people's minds because it's almost like he's some cult leader that if you ever turn against, you know, it's like leaving, you know, leaving a cult in some people's minds," Kinzinger said. "Because it has driven people to go to the Capitol and to try to overthrow the Capitol. I think I saw 45 percent of Republicans think that the occupation of the Capitol was a good thing. My god, we have got to have a real moment of talking and kind of going back to what conservative values mean and what we as Americans actually stand for. If we're too scared to do it, and if we're going to convince people that we can magically pick the president in Congress, you know, we don't deserve to be in office."