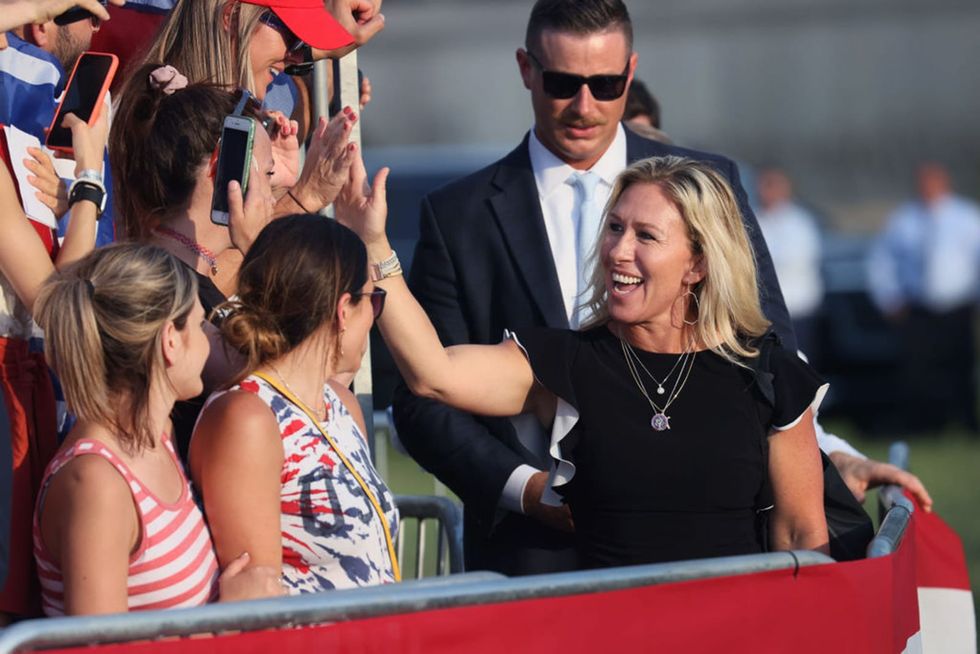 He’s for COVID-19 vaccines but against making anyone get one. Former President Donald Trump told Rep. Marjorie Taylor Greene, one of the most outspoken anti-vaxxers in Congress, that he supports the COVID-19 vaccine but opposes making the shots mandatory. “He is 100% AGAINST the mandates, but he still encourages everyone to get the vaccine and booster,” Greene, R-Ga., said in a lengthy Twitter thread after they chatted by phone late Monday. “That’s his position.” Greene, who calls Trump her “favorite president of all time,” refrained from criticizing her political hero even though she spews da...