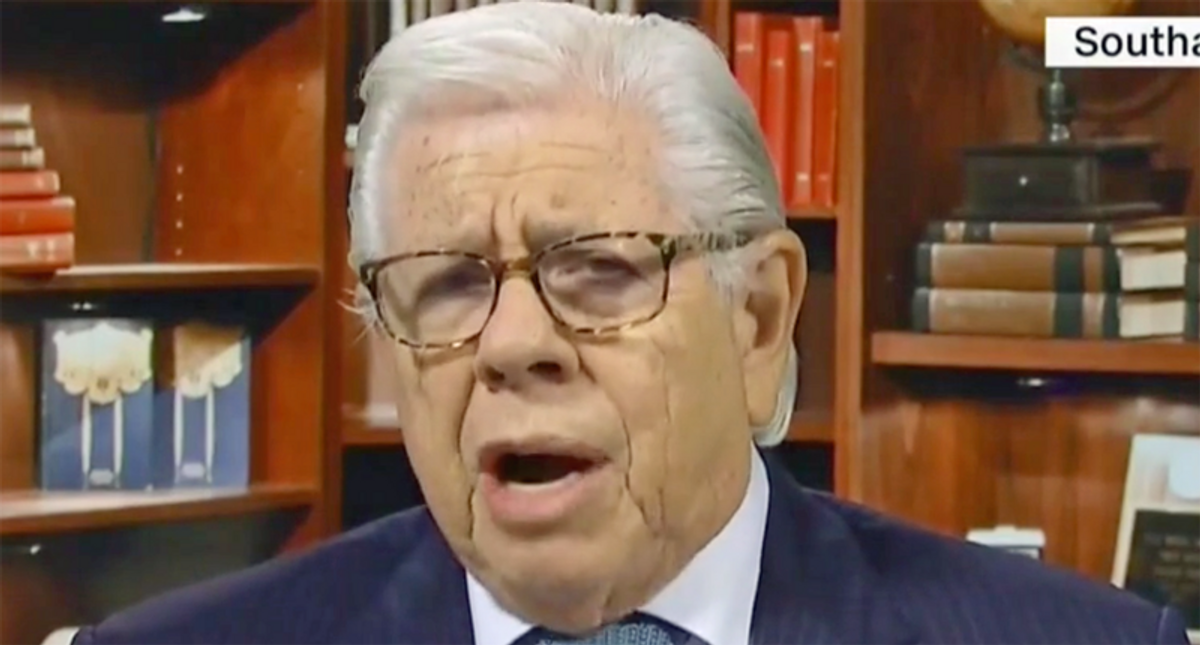 "Everything Donald Trump does in his own eyes is perfect," said Bernstein. "He's deluded. He's a delusional president, the most dangerous president in our history. And it's imperative that he be restrained in a constitutional straitjacket in the next few days. And I think the people around him have moved to do that, especially the military people. They're not willing to go along with orders that would seem to be calamitous, if they come about. But he's restrained. But he's the gravest danger to the national security of the United States that any president has ever been. You cannot say that about Richard Nixon."

"This is the crime of his Republican enablers," said Bernstein. "There was a vote today in which almost 200 Republican members of the House refused to go along with an obviously impeachable offense, offenses, by the president of the United States. Compare that to Watergate, the articles of impeachment came out, with a bipartisan effort to impeach the president. And if the vote came about on the House floor, Nixon was told by the same Republicans who forced him to resign that he would get perhaps 50 votes against impeachment from Republicans. Not 200 like today."

"That's the huge difference in the dynamic," added Bernstein. "Because he — this president, in his irrational, illegal, and seditious conduct, has been enabled by his Republican congressional cult, and there's been no restraints placed on him by that cult."