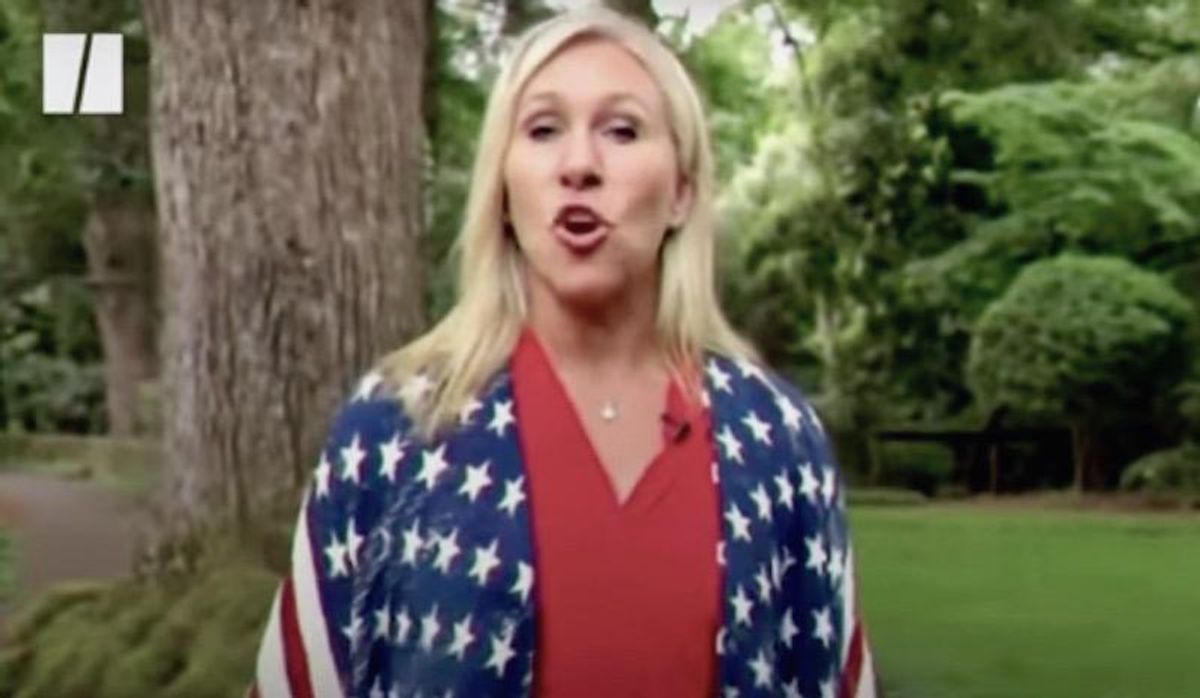 On Monday, The Daily Beast reported that even as Rep. Marjorie Taylor Greene (R-GA) publicly raged against big tech companies as being a kind of shadow government silencing the free speech of conservatives, she and her husband made tens of thousands of dollars trading these companies' stocks.

"According to her latest financial disclosure form, released on Feb. 19, Greene and her husband sold anywhere from $49,000 to $210,000 worth of shares in Facebook, Google, Apple, and Amazon on Jan. 20," reported Sam Brodey. "It's unclear exactly how much Greene and her husband, Perry, made from each individual company stock, since congressional forms only list broad value ranges, but it may have been as much as $65,000 each for the four tech stocks. Some shares were owned jointly between the couple and others were owned solely by her husband."

"Greene's only other public financial disclosure form, filed in May 2020 when she was a candidate, lists joint or spousal ownership of up to $65,000 in Apple stock, $30,000 in Facebook stock, $30,000 in Amazon stock, and $15,000 in Google stock," said the report. "The couple sold these holdings in January at a profit — the official form lists capital gains above $200 — but the precise figure is unknown."

All of this comes as Greene attacks these companies as a threat to conservative speech — a frequent right-wing canard. She has accused Facebook of racism for a message encouraging people to support Black businesses for the holidays, and warned that "the Silicon Valley Cartel has taken the First Amendment and ripped it to shreds."

Greene, a wealthy businesswoman notorious for promoting QAnon conspiracy theories, has quickly become one of the most controversial members of Congress, following reports that she endorsed killing House Speaker Nancy Pelosi (D-CA). She was stripped of her committee assignments by a bipartisan House vote.