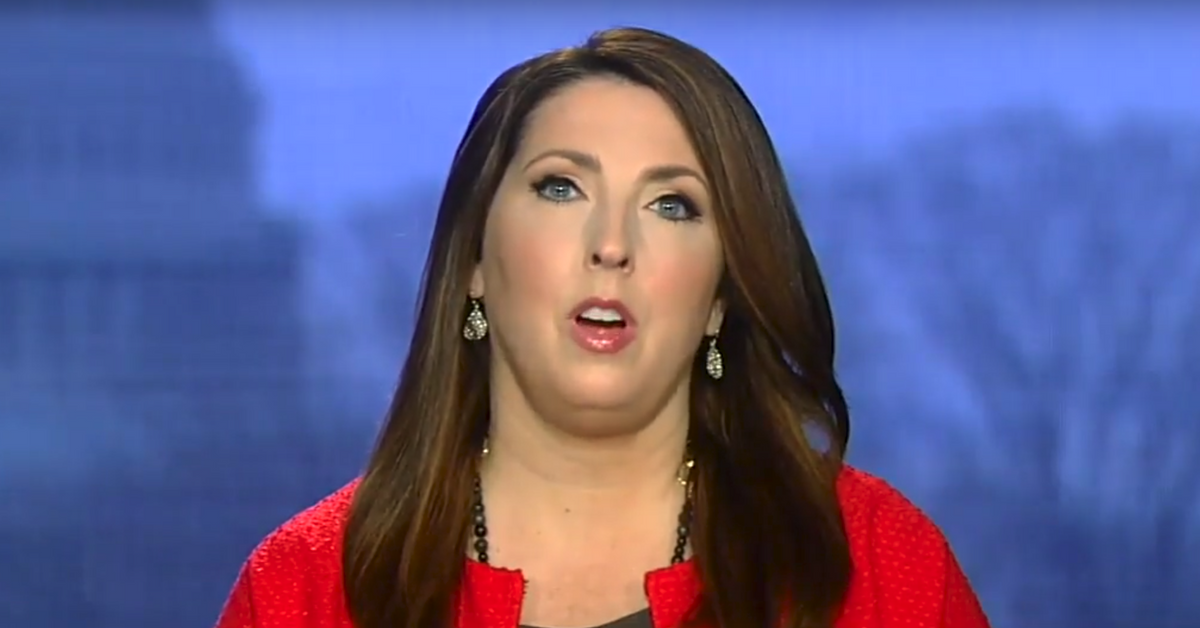 A former lawyer to President Donald Trump is fighting with the Republican Party chair if Twitter is any indication.

Jenna Ellis posted on Twitter Sunday that Republican National Committee chair Ronna Romney McDaniel blocked her after she talked about an excerpt from Michael Wolff's new book on Trump and the final part of his administration. In November of last year, Ellis forwarded an email from the Republican Party's lawyer Justin Riemer questioning Trump's election claims.

According to the email, Riemer asked his colleagues why they were supporting Trump's lies about the 2020 election results. At the time, Ellis was at dinner with Rudy Giuliani and let everyone read the email. According to the report, they were all "stunned."

They thought it was Trump's ongoing effort fighting the Republican "establishment." Giuliani at the time called former New York City police commissioner Bernie Kerik said that it was clear the RNC was saying "f*ck Trump" and "f*ck Giuliani."

Ellis tweeted that the report was true and that McDaniel should "know I have the receipts." McDaniel then blocked Ellis on Twitter, to which Ellis said, "I guess she doesn't want to be confronted about the RNC lying."

Update. I guess she doesn’t want to be confronted about the RNC lying. #RonnaMustGo https://t.co/lUZUKpuXpN https://t.co/qHdloHUriQ
— Jenna Ellis (@Jenna Ellis) 1626035080.0