Why it'll be nearly impossible to save the Republican Party from the conspiracy-wing: reporter 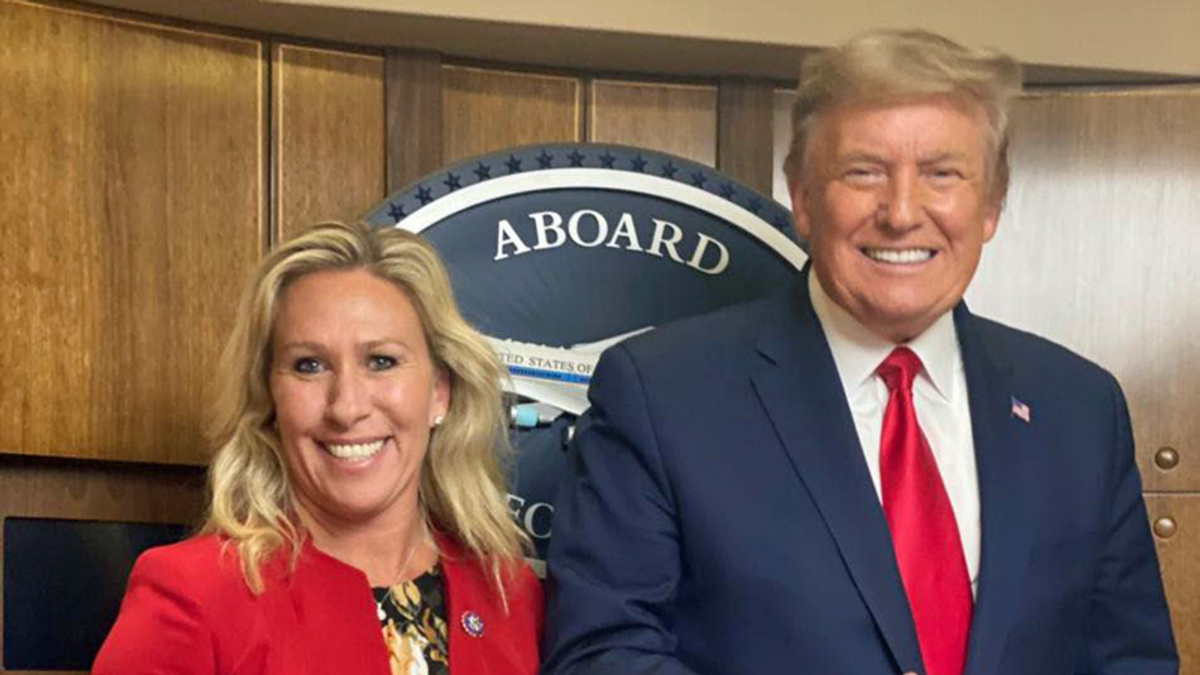 New York Times reporter Peter Baker told MSNBC that the one takeaway he had from his interview with former Republican Rep. Denver Riggleman (VA) was how hard it will be to extricate the Republican Party from the conspiracy-wing of the GOP.

Speaking to Yasmin Vossoughian on Sunday, Baker explained that Riggleman was endorsed by Donald Trump and the Freedom Caucus, but now he feels uncomfortable in his own party.

"I think, frankly, the tipping point shows how difficult it's going to be for Republicans like Denver Riggleman to break through and that's because he lost," said Baker. "He was no longer going to have to face voters. Once he was unburdened by that, he was able to speak the truth more forcefully. He told me, and he's an incredible credible source this, that he was in the private meetings, in the Republican conference meetings where he knew that he and about 70 percent of his colleagues generally believed that Trump was exaggerating, that Trump was hurting their party and that ultimately they had to go along with it in order to get re-elected."

Once the election wasn't something he had to worry about, Riggleman was free to vote his conscience.

"I mean the problem is, there are really only former members of congress who are republicans and a handful of others like the ten you saw vote to impeach Trump the second time in the House of Representatives who are willing to say enough is enough and the party is hurting itself by shackling itself to this false belief system," Baker also said.

Baker explained that most of the Republicans are in "self-preservation" mode.

"You talk to the former guys who were there and those who are left like Adam Kinzinger who are fighting this lonely fight, and that's exactly what they'll say," said Baker. "One of the quotes in this piece from former Congressman Riggleman is a colleague approaching him and saying, 'Man, Denver, if I said what you say in my district, I'd lose.' And it's really that simple. I don't think, as sad as it may be, that there's much more of an explanation than that. A lot of these guys don't want to lose their jobs and there's really not that many left who have decided that they'll speak up and risk losing their jobs."

The GOP will never be able to save itself from the conspiracy win www.youtube.com