Trump came into office as a kind of anti-establishment outsider, but after four years in office, that status has been muddied, the analysis shows. Trump was able to swing into power because, during the 2016 campaigns, many Republicans viewed their own party unfavorably. They indicated they wanted an outsider. Now, they view Trump's wing of the GOP as the establishment/Washington wing.

"Moreover, Republicans admire their party more than they did before Trump’s takeover. For much of 2015 and 2016, only 50 to 60 percent of Republicans viewed their own party favorably. Now, after some ups and downs, that number is up to 75 percent," wrote Byler.

IN OTHER NEWS: Former 'Law & Order' writer: I'd never dream of creating lawyers as 'dumb' as the ones Alex Jones hired

He showed two graphs, the line graph shows that after Jan. 6, pride among GOP members plummeted. It's been a slow climb back up, but the more Trump appears to stay out of the public, the more the pride among GOP voters increases.

ABC News' Jonathan Karl wrote in his 2021 book that on the last day in the White House for Trump, the outgoing president was flying off the lawn on his way to Andrews Air Force Base. In a phone call with Republican Party Chair Ronna Romney McDaniel, Trump raged he was starting his own party. There was a back and forth with threats and ultimately Trump agreed not to.

Over the past two years, Trump has been able to remake the GOP in his own image, but that's not necessarily a good thing for him.

See the charts below and the full report and additional data sets at the Washington Post. 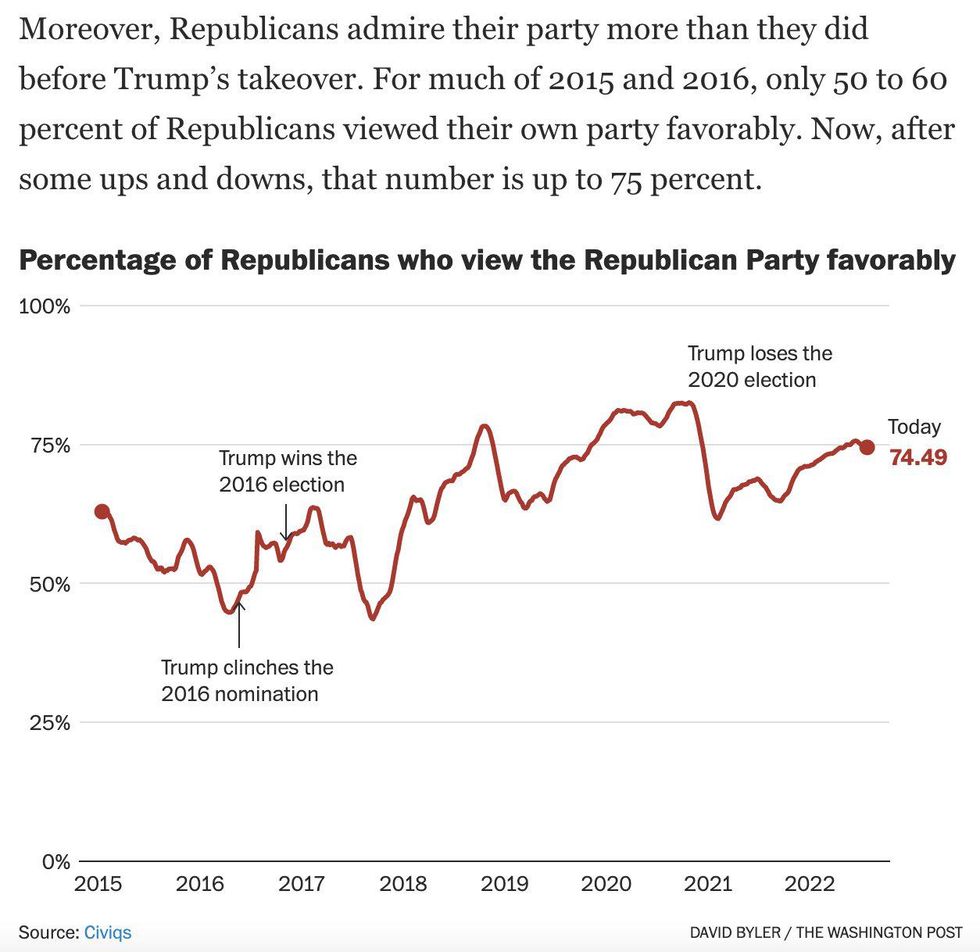 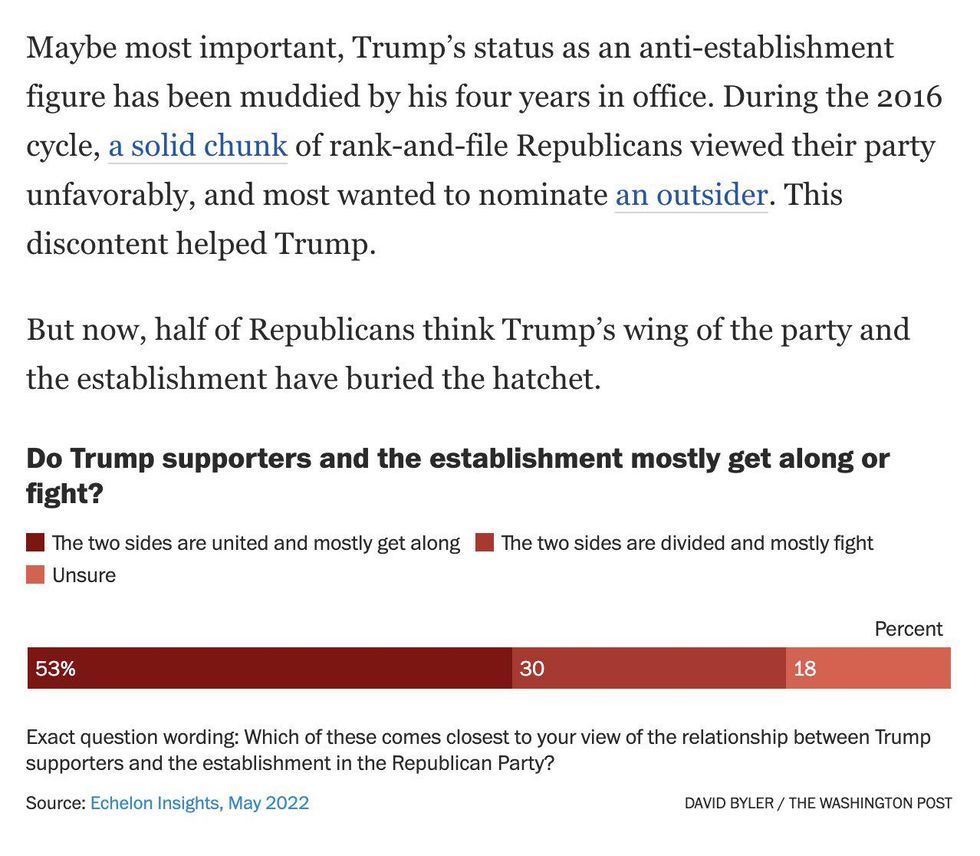 Two days before supporters of former president Donald Trump attacked the U.S. Capitol, the U.S. Secret Service discovered a “series of violent threats” made on social media, including against Speaker of the House Nancy Pelosi (D-CA) and President Joe Biden, but did not pass them on to the Capitol Police until the evening of January 6 – after the violence of the insurrection had ended.

Let’s listen to former Secret Service agent Jonathan Wackrow in a recent CNN interview describe just some of the issues now facing the Secret Service regarding their handling of the January 6th attacks.

Jay Bratt, the Chief of the Counterintelligence at the United States Department of Justice's National Security Division, told a court in Florida on Thursday that there was real reason to fear for the safety of witnesses identified in an unredacted affidavit related to the search of former President Donald Trump's Mar-a-Lago resort.

As reported by the Washington Post's Jacqueline Alemany and Josh Dawsey, Bratt argued against the release of the affidavit in court on the grounds that it could undermine the DOJ's investigation.