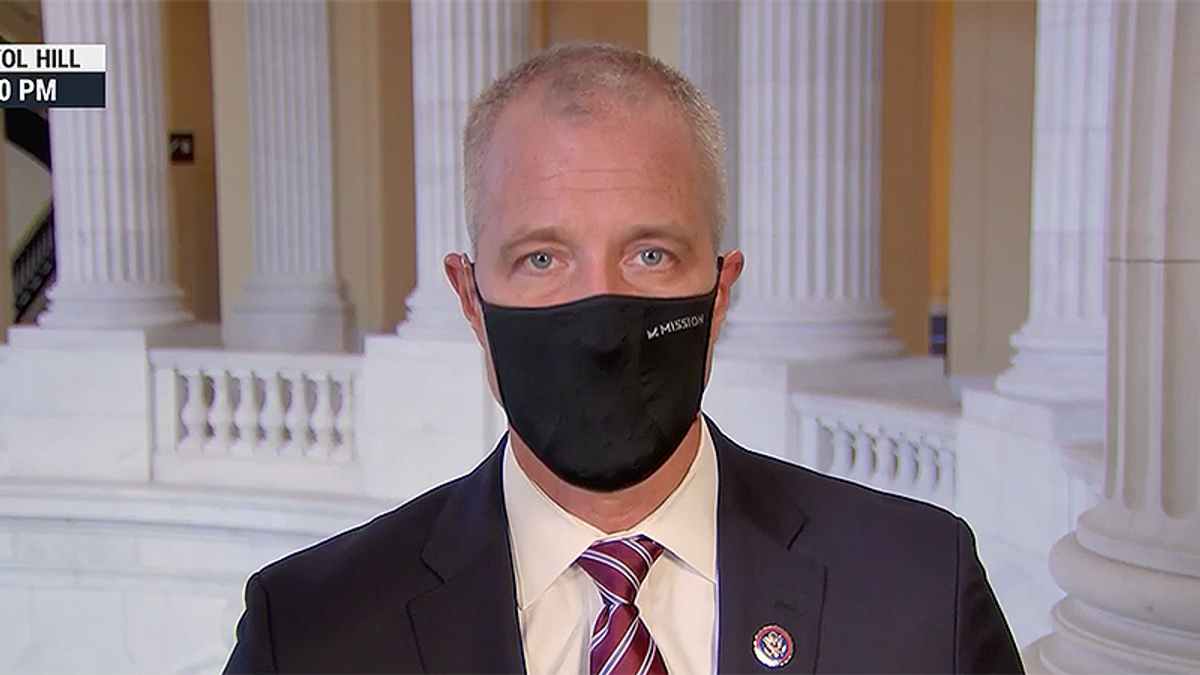 It's a problem that Rep. Sean Patrick Maloney (D-NY) said he sees firsthand while attempting to govern. He and Wallace referenced a tweet that Rep. Marjorie Taylor Greene (R-GA) posted calling Black Lives Matter the most powerful "domestic terrorist group in the United States." Republicans have dutifully fallen in line behind her.

"The point is whether voices like Marjorie Taylor Greene's are driving the decision-making in the Republican caucus, and there's proof that they are," he explained, recalling the 199 Republicans who supported keeping her on the Education Committee. "They had a chance to do the right thing, right? They just took $175,000 from her because she's raising all the money. So, the point is they are taking their cue from Marjorie Taylor Greene, taking their money from Marjorie Taylor Greene. That's the difference between trying to say there's a person saying crazy things and a whole political caucus, one major political party going down the dark roads of racism and conspiracy theories and all the things we now know she promotes."

Wallace agreed, noting that people could simply say they're "crazy" and that they can have their 8:00 p.m. Fox News talk hour, "but they're legislating at a really fast pace. We've covered for weeks the voter suppression laws, 108 of them in total. We've been talking today about laws to criminalize protests when all the violence really was on the right-wing extremists, and 97.7 of the Black Lives Matter protests were peaceful. It's no longer about dismantling the lies to you and your colleagues, you have to slow and stop the policymaking in response to the lies. How do you do that?"

The congressman noted that the one positive is that Democrats have the ability to govern while Republicans have collapsed on their fainting couches.

"While they seek to divide Americans, we are delivering for Americans, we are putting checks in people's pockets, shots in people's arms, hundreds of billions going to middle-class families trying to pay health insurance premiums, trying to put food on the table, keep their small business afloat," said Maloney. "We have to combat the other side's efforts to engage in gerrymandering in this desperate hope that their extremism can still cobble together a majority in the house. I think one more point, we should not deceive ourselves that the politics of this can be difficult. We are the party of John Lewis, right? We know that when we start to march across one of these bridges on the road to civil rights, there can be people on the other side with barking dogs and fire hoses and billy clubs. It's our job not to just walk blindly into that violence, but to understand the risks and to be smart about it so that we prevail and maintain the capacity to keep doing these good things we're doing for the American people."

Daniels asked Maloney if he and other Democrats would be willing to outright expel Greene, and the congressman confessed that he would be curious in talking about it. However, "I'm not going to take Kevin McCarthy off the hook." He also said that he thinks it's an issue for her district, why they'd want a member of Congress who has no power to help them.

"If there was a member on our side, there would be consequences. Let's remember, in the past they did discipline members like Steve King, so what has changed?" asked Maloney. "Why do they embrace a woman like Marjorie Taylor Greene, when they gave more criticism and more grief to someone like Liz Cheney, who committed the sin of saying the insurrection was wrong and Donald Trump had something to do with it. I don't want to let them off the hook. I think they should take responsibility for this."

See the discussions below:

the death of progress from the GOP www.youtube.com