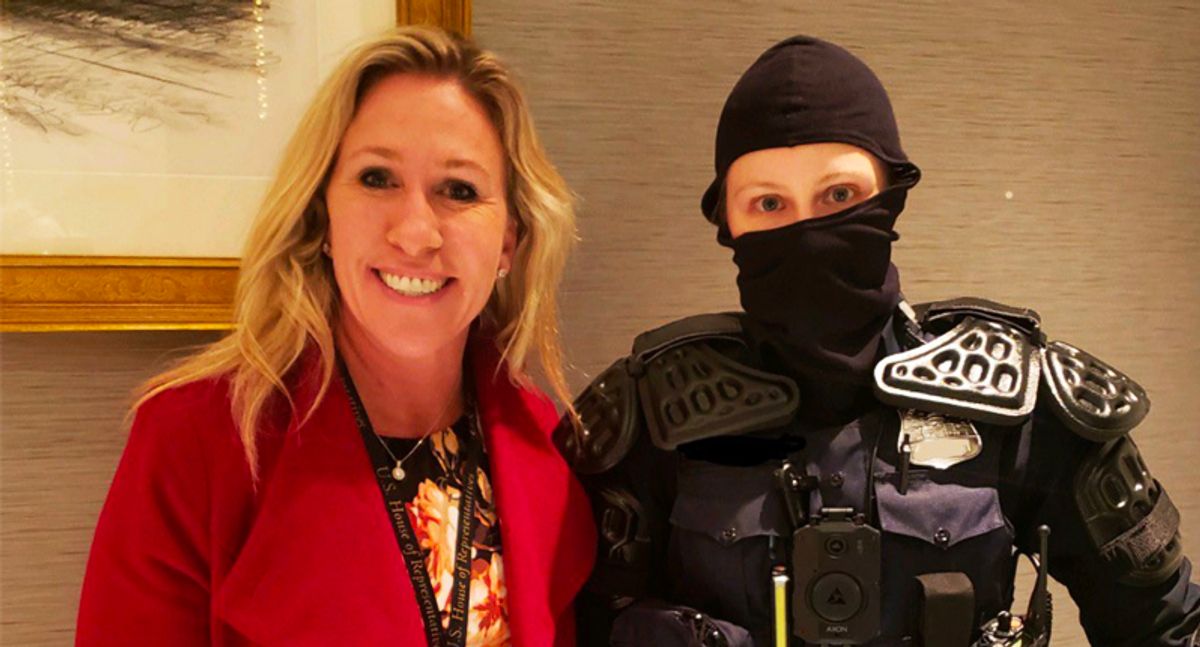 QAnon Congresswoman Marjorie Taylor Greene is making good on her conspiracy theories. While she might not be the brightest crayon in the box, the Georgia Republican tweeted that she fully intends to file articles of impeachment against incoming President Joe Biden for "abuse of power" less than 24 hours after he takes office.

The QAnon leader didn't indicate how Biden abused his power as president, as he isn't in that office yet, but she'll have less than 24 hours to figure out what power the new president abused while unpacking his suitcase and meeting with security staff.

Already Greene is being mocked for how her presence in the GOP will kill what little credibility the party has left.