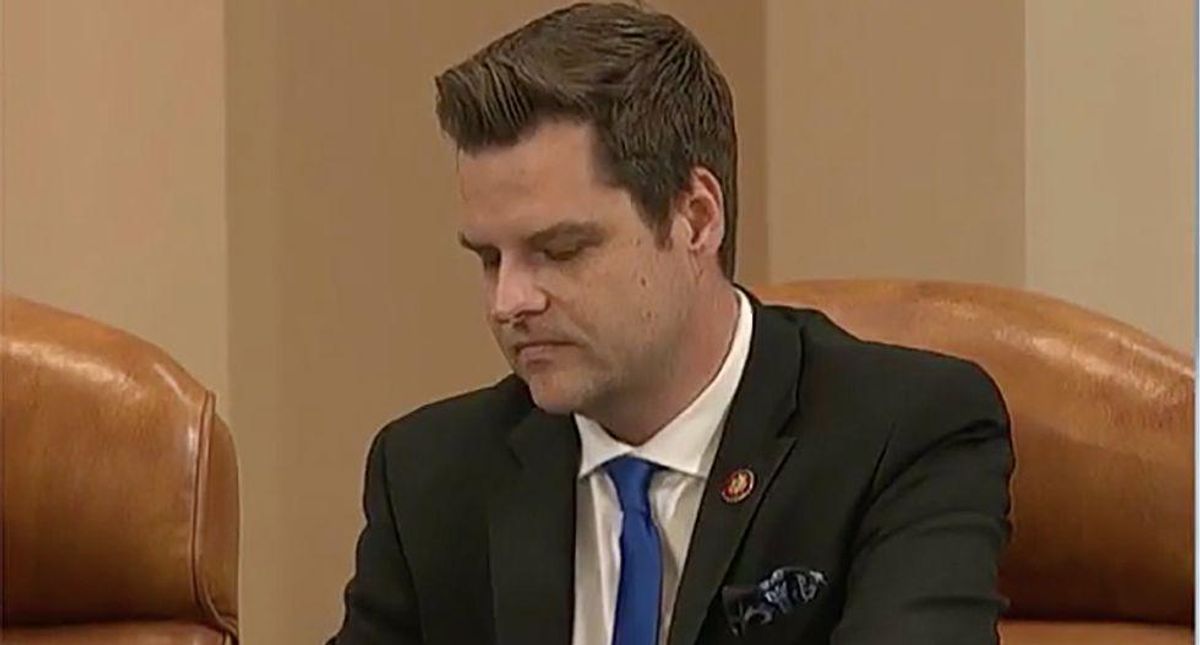 According to a report from Politico, Republicans are united in their belief that President Joe Biden botched the military retreat from Afghanistan, leaving Afghanistanis who supported the occupation at the mercy of the Taliban, but are divided over how to help them.

With an eye on the 2022 midterms, some Republicans are concerned with how resettling possibly tens of thousands of Afghan citizens in the U.S. will play with their base as some conservative commentators ramp up suspicions about them.

As Politico's Marc Caputo wrote, how to proceed as refugees are airlifted out of the country is creating a "schism" with the GOP.

On one side are Republicans like Rep. Matt Gaetz (R-FL) whose district is loaded with retired military who have been flooding his office with requests to help interpreters and allies that worked with overseas.

"In my district, it's a kitchen-table issue," Gaetz explained. "There are people over there who have kept my constituents alive — not 100,000 of them; the several thousand who had hot lead flying at them, too. That's not my hyperbole. That's the reality."

On the other hand you have Donald Trump who has weighed in and questioned prioritizing saving refugees, with Caputo reporting that Trump "...took a different tack. Alongside a tweet featuring a much-viewed photo of Afghans packed into a C-17 plane, Trump wrote, 'This plane should have been full of Americans. America First!'"

On the opposition side to bringing refugees to the U.S. side, close Trump allies have gone a step further.

"Steve Cortes, a former Trump adviser, tweeted an image of a planeload of refugees leaving Afghanistan and asked his 236,000 followers to "Raise your hand if you want this plane landing in your town? America paid unimaginable costs in Afghanistan because of uniparty globalists who dominated the Bush & Obama administrations,'" Caputo reported. "Ohio Senate candidate and 'Hillbilly Elegy' author J.D. Vance said on Twitter he'd 'like to hear zero about Afghan refugees until we get every single American out first.' Wisconsin Republican Rep. Tom Tiffany fretted in a string of tweets that 'The Biden admin's plan to bring planeloads into the US now and ask questions later is reckless and irresponsible.'"

According to one GOP lawmaker, the issue has his colleagues wondering which side they should settle on.

"When we're talking merit-based immigration, I can't think of anybody who has deserved it more than those who stand and fight with us and were willing to take a bullet. They absolutely agree," Rep. Michael Waltz (R-FL) said. "It's just, what kind of backstop is there on the back end when we start talking parole, refugees, asylum, family members? And that's where they really have pause."