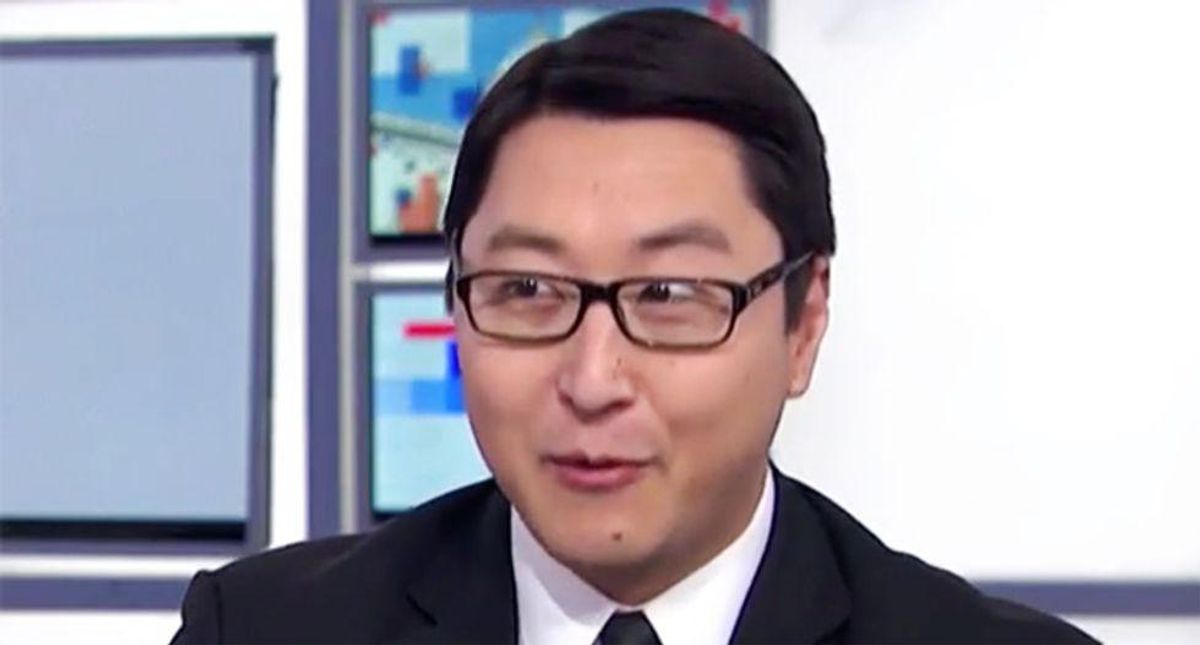 Former Breitbart staffer turned Democratic consultant Kurt Bardella explained how Republicans want to pretend they're fierce and powerful, but the reality is that they're "weak" and "fragile" little snowflakes.

MSNBC's Joy Reid asked how Republicans keep playing the victim over the tiny cloth mouth and nose coverings that are required for anti-vaccine people. One shop owner began offering yellow stars modeled off of those the Nazis made Jews wear during the Holocaust. Instead, however, the star signified an anti-vaccine person.

"I need for you to explain to me why Republicans have V.S.E., victim status envy," said Reid. "Why do they want so badly to redirect historic, especially racially-based wrongs, and make them the star of the show and be classed as victims?"

Bardella said that it's a kind of "mania" from their "cognitive dissonance."

"On one hand, the right likes to pride themselves on quote-unquote owning the libs, and calling everyone snowflakes," he explained. "But they're claiming to be victims. They're delicate. They're weak. We're supposed to feel pity for them. How horrible that they're being infringed upon and attacked by the radicals and all the things they litter out there every single day. But, obviously, none of that is rooted in reality and none of that is true. But it's the only thing they can do. It's the only fallback that they have."

He explained that they know they can't win on the issues anymore, which is why the GOP doesn't have any policies or a platform.

"They know when the playing field is level, they can't win," Bardella said. "They know that in a conversation about actual public policy, about the things that truly impact people's day-to-day lives, they can't win. In a conversation rooted in fact, reality, truth, historical accuracy and context, they can't win. So, they put this BS out there, and they're hoping beyond hope that anybody who aligns with them won't have the intellectual curiosity or ability to do a simple google check and fact-check them on their nonsense."

Reid noted that the least "macho" thing in the world is to consider themselves "victims."

"There has got to be a mental health explanation for the irrational desire not to wear a mask, go to superspreader events, infect their loved ones, parents, grandparents, and watch them die," said Bardella. "And claim proudly it's their right to do that. That it's somehow wrapped in this misguided sense of liberty and freedom. Those are the buzzwords, liberty, freedom. And Republicans have been using those words and the blanket of patriotism, and so this is the game that they continually play. And this wannabe macho party, the strong man act they pull, these people are the most mentally fragile, weak, scared little children in a corner, hiding people that you will ever find. When push comes to shove, and they get caught and pulled before court, they're crying to the lawyers, 'Oh! I had Fox psychosis. I can't believe this happened!' They fold immediately like a house of cards when they get called on their BS."