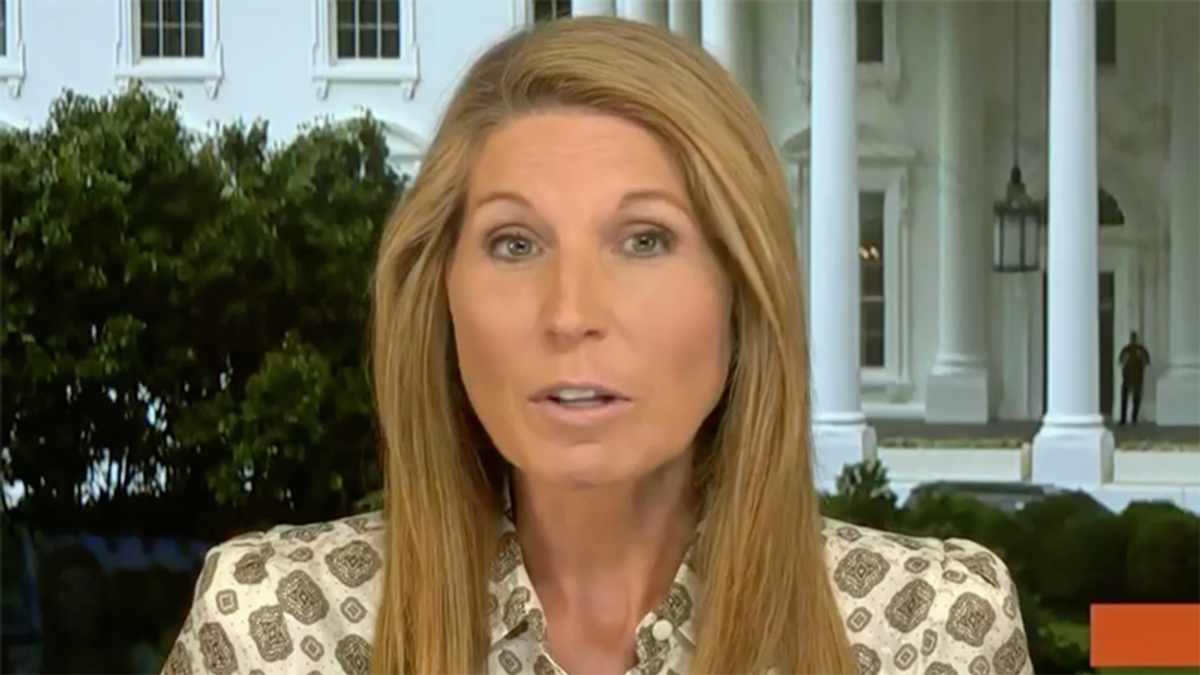 MSNBC anchor Nicolle Wallace on Thursday used video clips to prove that Republicans know they are lying about voter fraud as they push anti-demoocratic voter suppression bills in state legislatures.

"The real, duly elected president of the United States, President Joe Biden, on his first foreign trip today seeking to align the United States with the world's democracies," Wallace said. "While here at home, the other party, the Republicans, continue a campaign to undermine our democracy — all in service of a twice impeached disgraced ex-president."

"And nowhere does that campaign, fueled by the big lie of a stolen election collide so directly with the counterpush to save our democracy than Arizona, home to a handful of Democratic senators stands in the way of voting rights reform that can put a stop to the GOP-led voter suppression bills and where the sham audit of 2.1 million ballots is essential to fueling and keeping alive the big lie. A call for help today from Arizona Democrats to Sen. [Kyrsten] Sinema to support filibuster reform to clear the way for Democrats' sweeping reform bill."

"I usually start with the news and the reporting, I will do something different today. I want to start with the best smoking gun evidence of why this is all B.S. on the part of Republicans," Wallace said.

"These Republicans told everybody that their election results could be trusted because they were in charge and they were so good they were models. Now they are signing laws based on lies, that they know are lies because they told the world they're lies," she explained.