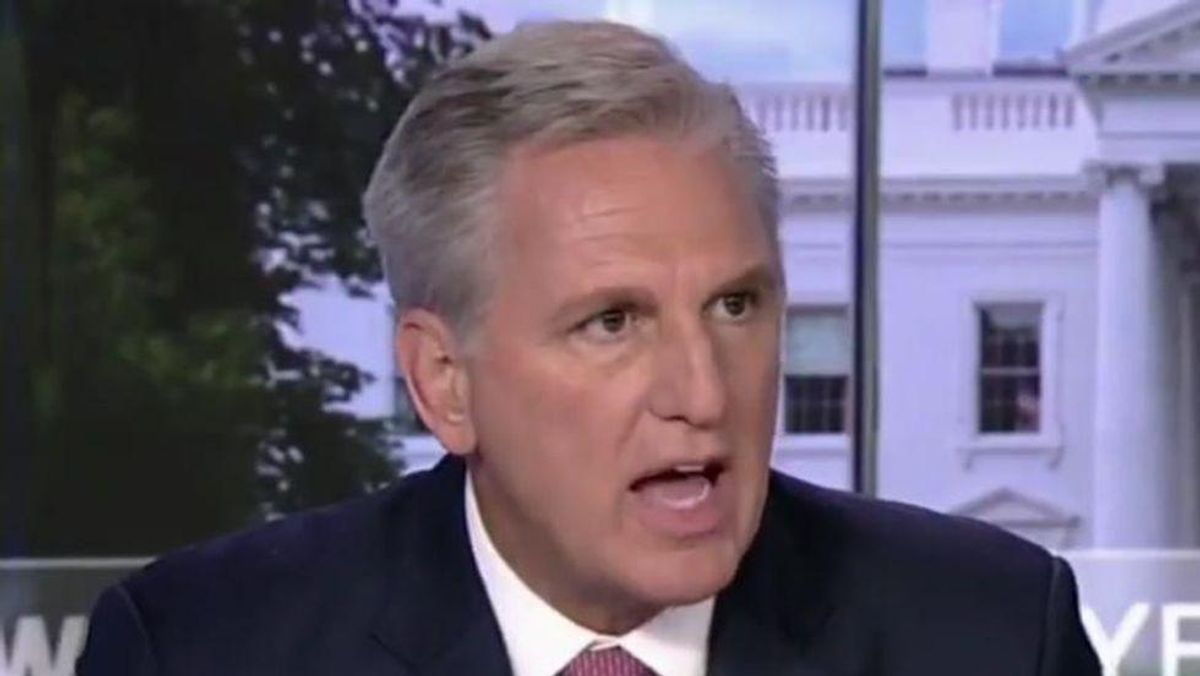 House Minority Leader Kevin McCarthy (R-CA) came out against the commission that he actually helped write the rules for. It was a weird moment for Rep. Bennie Thompson (D-MS), who said that he couldn't figure out why McCarthy would come out against his own rules.

Republican leadership is concerned that dozens of rank-and-file members of their caucus intend to support the commission along with Rep. John Katko (R-NY).

Rep. Liz Cheney (R-WY) has told reporters that she thinks McCarthy is either protecting himself, other members or both after participating in the event or the days that led up to the Capitol attack. She's even gone so far as to suggest that McCarthy will never become the Speaker of the House. It leads many to wonder if there's something Cheney knows about McCarthy's participation in the attack.

According to Punchbowl, there are several Republicans "who say the leadership isn't giving them any good reason to vote against this bill."

To make matters worse, Senate Minority Leader Mitch McConnell (R-KY) said that Republicans are "willing to listen to Democrats" for what the commission would do and why it's needed. Whether or not McConnell ever agrees to anything, he's making McCarthy look unreasonable right now.

"So, I'm not saying that we have decided this should not go forward," McConnell said. "But if it's going to go forward. It needs to be clearly balanced and not tilted one way or the other, so we have an objective evaluation. So I think it's safe for you to report that we are undecided about the way forward at this point. We want to read the fine print. And if the majority leader puts it on the floor we'll react accordingly."