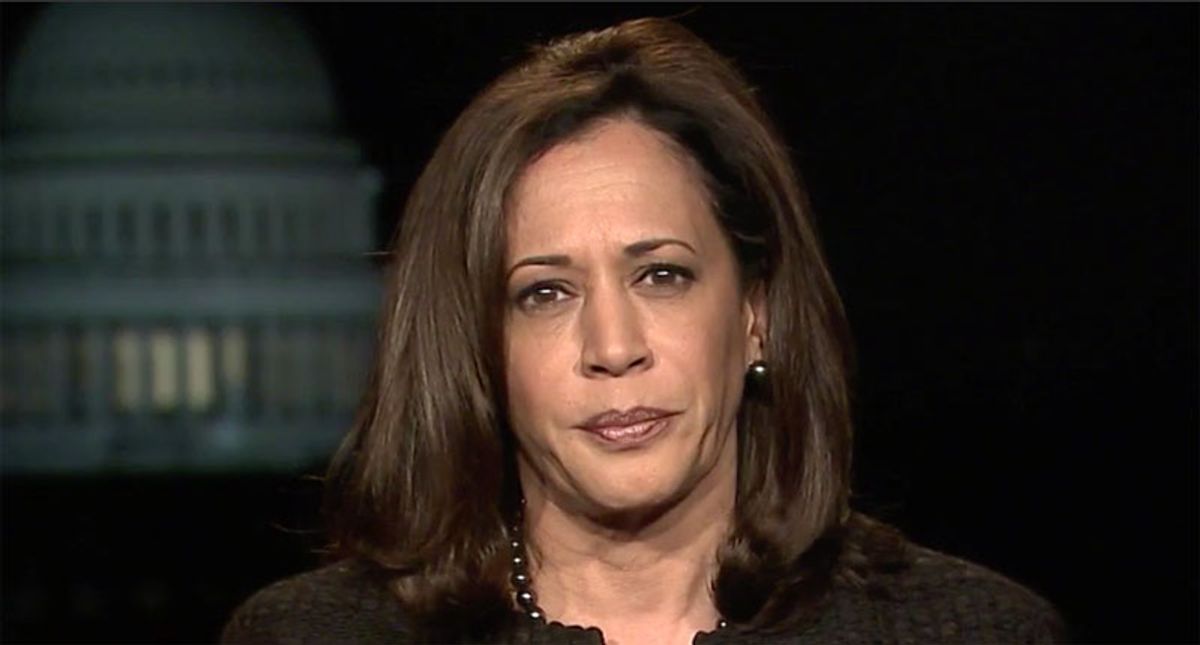 "We think it's important the press continues to ask the White House about the extent to which the president has said Vice President Harris is in charge at the border," said Rep. Liz Cheney (R-WY).

"She refuses to go down," Scalise whined. "But if she's the vice president of the United States and the president put her in charge of this, Vice President Harris needs to go down to the border and see this for herself."

The problem, as Bendery pointed out, is that Scalise was saying this at the same time that Harris was announcing her trip to Mexico.

Scalise went on to falsely claim that she was avoiding it because of something related to President Joe Biden's executive order.

Harris will visit Mexico, Guatemala and El Salvador "as soon as possible," she announced from the White House at the same time as the Scalise press conference.

'"The president has asked [Homeland Security] Secretary [Alejandro] Mayorkas to address what is going on at the border, and he has been working very hard at that and is showing some progress," Harris explained.

"I have been asked to lead the issue of dealing with root causes in the Northern Triangle, similar to what then-Vice President [Biden] did many years ago," she went on. "We have plans in the works to go to Guatemala as soon as possible."

The Murdoch-owned New York Post asked last week why Harris was in a Chicago bakery instead of going to the Mexico border. She was apparently getting a snack.