The Republican Party has been fine with 'loony' for decades: CNN host 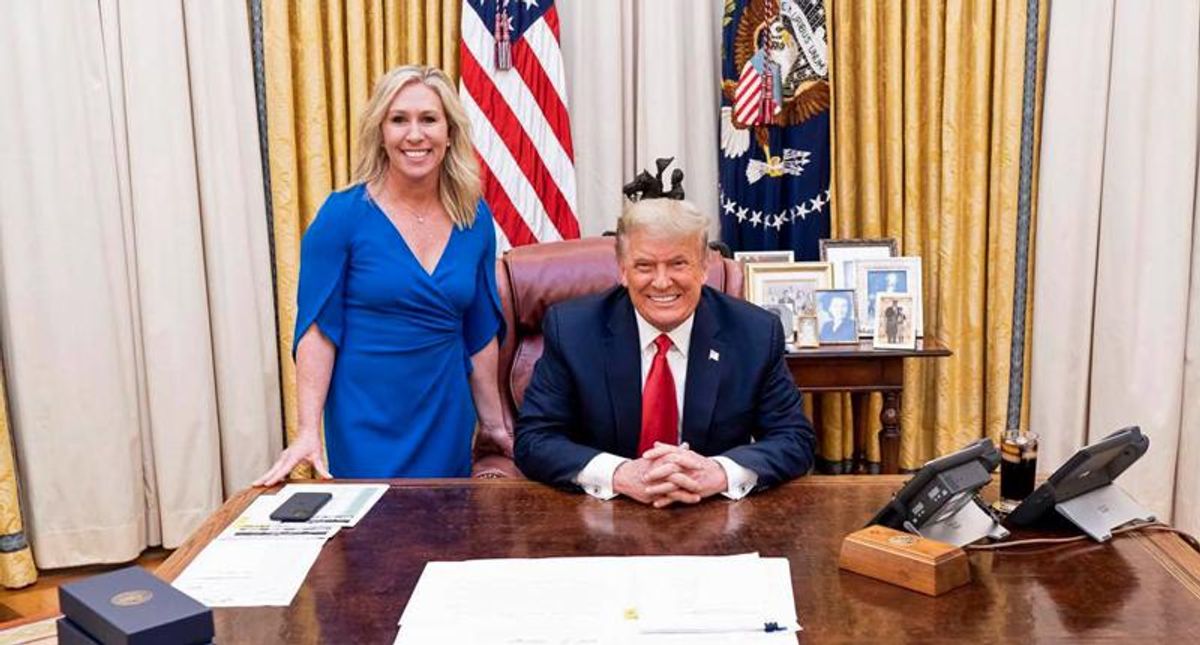 "Loony lies and conspiracy theories are cancer for the Republican Party and our country," McConnell said on the Senate floor. "Somebody who's suggested that perhaps no airplane hit the Pentagon on 9/11, that horrifying school shootings were pre-staged, and that the Clintons crashed JFK Jr.'s airplane is not living in reality."

But conspiracies are what the GOP has been clinging to for a generation.

He began by explaining that since the 1930s, Republicans have promised their voters that they would repeal Medicare, Social Security and the other programs created by The New Deal. While they've changed their reasons and their talking points, the party still wants to repeal the "socialist" programs that continue to help older Americans today.

The same thing happened with former President Lyndon B. Johnson when he created "The Great Society," conservatives said they'd tear it down. They never did.

Even former President Ronald Reagan proclaimed that Medicare was sending America on the path to "socialism."

"You and I are going to spend our sunset years telling our children and our children's children what it once was like in America when men were free," Reagan said in 1961. After eight years, Medicare was not only still intact, Reagan expanded it.

Zakaria noted that Speaker Newt Gingrich, who still appears on Fox News, promised "revolution" against Democrats in the 1990s. He called Democrats "the embodiment of evil who win only because they lie and cheat."

It's the same thing the GOP is doing today. Zakaria specifically cited Sen. Ted Cruz (R-TX), who has lied that he'll abolish Obamacare, get rid of the IRS and balance the budget. All things that will never happen and Cruz knew it.

He, like many Republicans, "whip" his followers "into hysteria," said Zakaria, "and sends them into battle."

Republicans have spent more than 10 years chanting "repeal and replace Obamacare," only to fail because in those ten years they didn't think to come up with the "replace" part.

"This entire decades' long strategy has led millions of Republicans to feel cheated and lied to by their leaders, creating an atmosphere of paranoia and suspicion toward anyone who is not utterly extreme," he explained. "It also feeds the notion that true conservatism fails because of treason, betrayal or collusion. It is a short and direct line from the tactics of Newt Gingrich to the Jan. 6th Capitol riot. If you are looking for an alternative path for a conservative leader, one who knows how to appeal to populist and national settlement, look at Boris Johnson. Johnson who initially and badly bungled COVID-19 is now tackling the pandemic with much greater seriousness, and he gradually emerged as the most consequential conservative politician since Margaret Thatcher. He has been reshaping his party to make it more compatible with modern-day Britain."

It's unknown if the Republican Party is capable of doing something similar.

See his full commentary below: