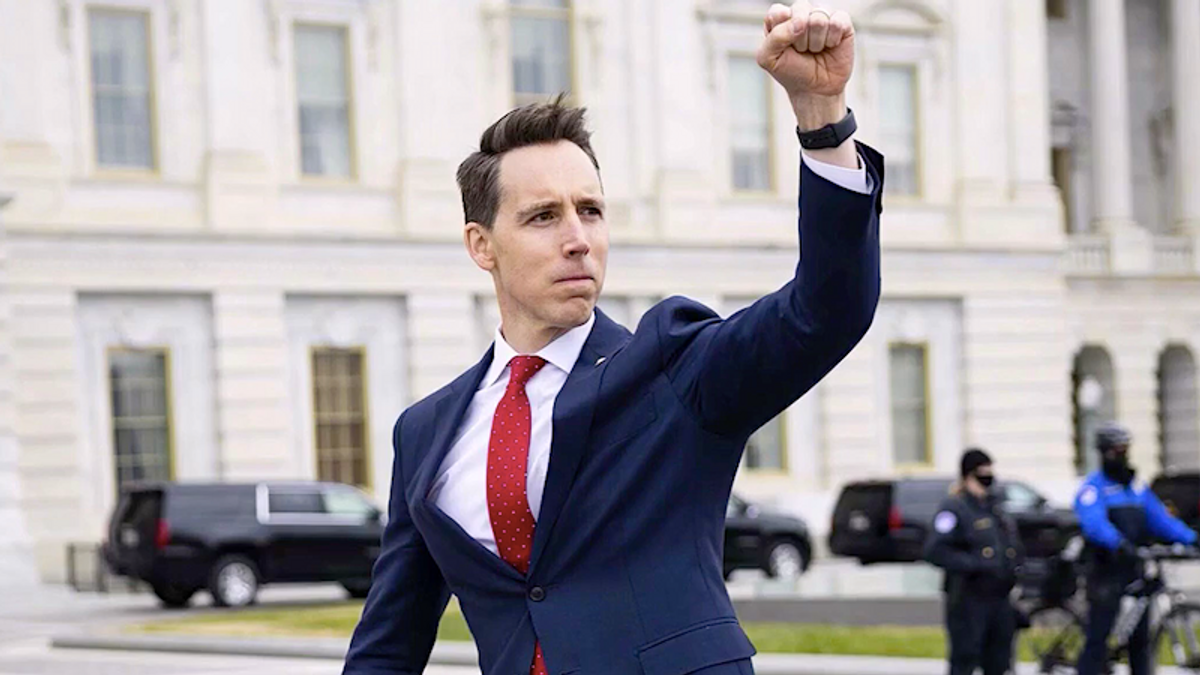 Many prominent Republicans were implicated in this crisis, from Sen. Josh Hawley (R-MO), who led the charge to block certification in the Senate, to Rep. Mo Brooks (R-AL), who spoke at the rally and is now running for Senate.

"This is hardly surprising," wrote Glasser. "Washington is a calculating place, and these companies have calculated, accurately, where the vast majority of Republican officials in Congress still stand. Papering over a scandal, assuming that the public is not paying enough attention to care about a few donations which really matter only to the politicians who receive them — that's what this town is all about."

"In the Washington of Walter Mondale, a President attacking the legitimacy of an American election was unthinkable," wrote Glasser. "Three months after it actually happened, what is unthinkable is that Republicans would even consider repudiating the President who did it."