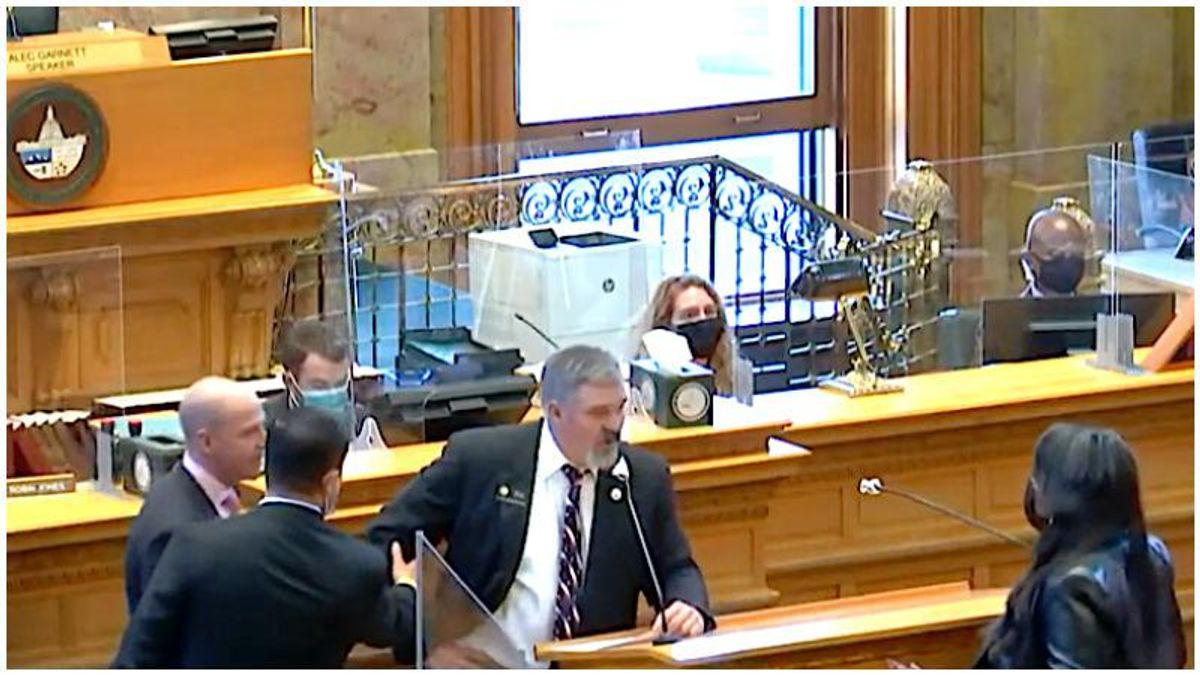 During a legislative session in the Colorado House this Wednesday, things got heated when GOP state Rep. Richard Holtorf referred to a colleague as "Buckwheat."

As the Colorado Sun's Thy Anh Vo points out, Holtorf was commenting on an amendment he proposed to a bill when he was interrupted by someone off camera.

"That's an endearing term, by the way," he said.

He was then confronted by Democratic state Rep. Tom Sullivan.

"Why are you yelling at me?" Holtorf said to Sullivan repeatedly. The exchange got so heated that one of Holtorf's colleagues had to briefly hold him back. Democratic state Rep. Leslie Herod then stepped in to try to defuse the situation before the session was called into recess.

It wasn't immediately clear who Holtorf was referring to as "Buckwheat."