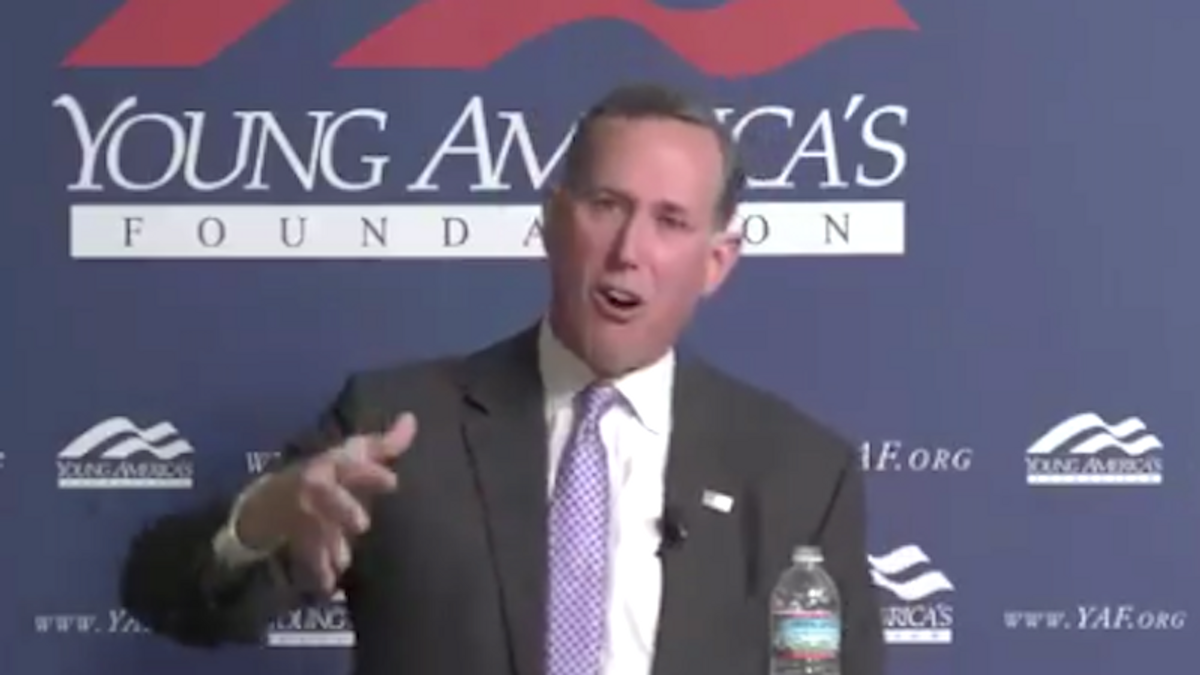 Rick Santorum horrified onlookers by dismissing centuries of genocide against Native Americans with a parenthetical aside during a speech.

The former Republican senator and current CNN commentator made the remarks Monday to the right-wing Young America's Foundation, and the statement was flagged by Media Matters researcher Jason Campbell.

Rick Santorum has always been an absolute asshole - this is so ignorant and dangerous. I was raised learning, respe… https://t.co/YRNzuWz9AJ
— Meghan McCain (@Meghan McCain)1619457615.0

People forget that Santorum was Trump before Trump but Republicans wanted bigotry that was even less distilled than… https://t.co/DIIgLdZJGr
— LOL🇺🇸GOP🇺🇸 (@LOL🇺🇸GOP🇺🇸)1619456085.0

Rick Santorum’s racism is loud. And if CNN doesn’t say anything so will be their silence. But the quiet racism ar… https://t.co/Z4F8mNAOyG
— Lucas Brown Eyes (@Lucas Brown Eyes)1619455939.0

RACIST TRASH: There are countless reasons why Pennsylvania is ashamed of Rick Santorum. One of our most racist, xen… https://t.co/iMreHH9JW6
— Brian Sims (@Brian Sims)1619454194.0

The story of the United States is more complicated that the one people like Rick Santorum want to tell — and preten… https://t.co/ypHogmwVDg
— Philip Bump (@Philip Bump)1619456745.0

I mean who could expect such an ignorant, mean-spirited, wildly offensive comment from someone who once compared ho… https://t.co/eUup4mgOvg
— Jon Favreau (@Jon Favreau)1619454100.0

Rick Santorum has said his grandfather emigrated from Italy during Mussolini's reign and that his uncle “used to ge… https://t.co/xtS43ORnah
— Nick Martin (@Nick Martin)1619456883.0