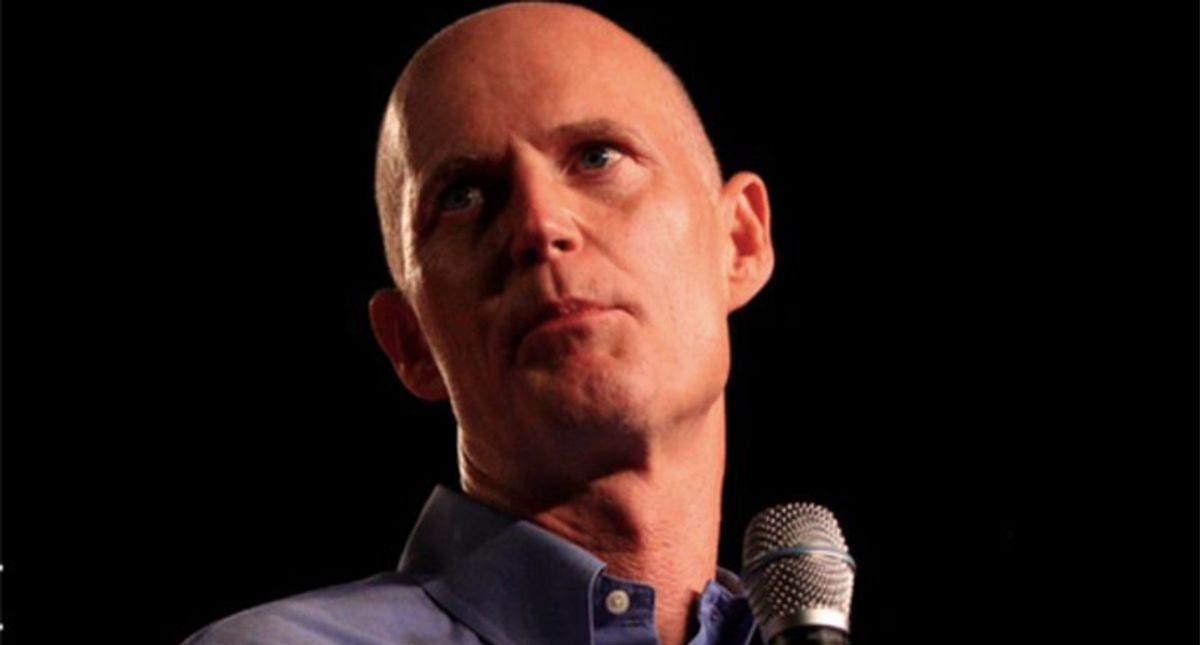 The newly anointed chairman of the National Republican Senatorial Committee is already having problems trying to come up with talking points about the insurrection at the White House.

In an interview with conservative host Guy Benson, Sen. Rick Scott (R-FL) was asked if he thinks President Donald Trump lost the election. Scott was willing to say that President-elect Joe Biden is the president to be and that he won the election. But that's where things broke down. Scott tried to accuse Biden of talking out of both sides of his mouth where he says he wants unity while calling Capitol insurrectionists terrorists. He went on to say that Trump never told anyone at the rally to break into the Capitol.

"Well, yeah, he did tell them that the election was stolen from them that he won it by a landslide and it was taken away. And that Vice President Mike Pence could have saved the country through this crazy thing that isn't true," Benson said. "He said they have to 'confront the egregious assault on democracy.' That you have never take back the country with weakness. You have to show strength. You have to be strong. and he left and some in the crowd broke into the Capitol and killed someone and disrupted that process, that constitutional process, and the president said today that what he said at that rally was 'totally appropriate.' That's his quote. I mean, do you agree with that?"

Scott dodged the question, saying that Trump should have responded faster than he did but that Trump never said that he wanted the rioters to break into the Capitol. He went on to complain that Biden should be more about unity.

"I agree with you about the need for unity, and I'm all about having disagreements on policy with Democrats," Benson said. "Lord knows I disagree with them on almost every, single, policy. Not all of them but most... I guess, and I'm sure you've heard this.. when there are calls to unify from members of Congress who voted to decertify certified election results to uphold objections to certified election results, as you did in Pennsylvania."

Benson noted that it's hard to swallow the idea of "unity" when "you chose to vote to uphold that objection when even the Republican in that state, Sen. Pat Toomey, has gone through a lot of those excuses and justifications and debunked them on the Senate floor pretty thoroughly. That's a seat that's going to be up. You know, he's retiring. That seat's going to be up in 2022. Part of your job at the NRSC to get a Republican elected. And Pat Toomey made this point, you voted to disenfranchise the people of Pennsylvania in the last election."

Scott dodged the question again, saying that he has a lot of respect for Patt Toomey and that he wants to have "free and fair elections" and that he will fight against the things that Toomey debunked.