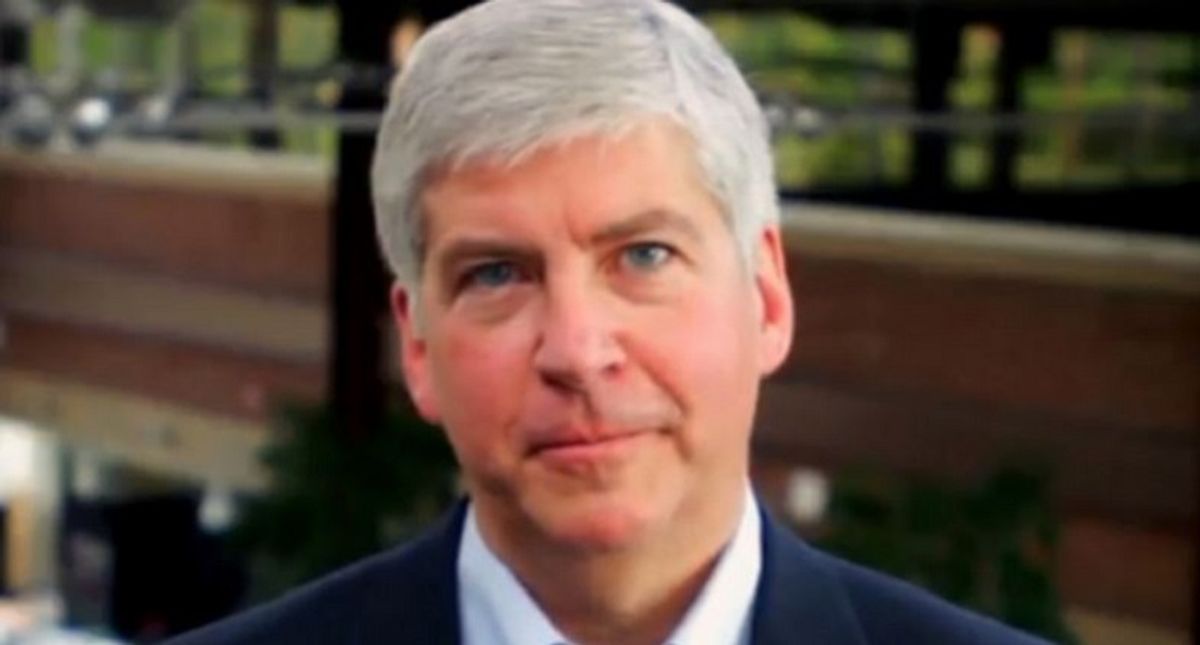 The Flint water crisis, which has been ongoing since 2014, is finally reaching the accountability phase.

"Former Michigan Gov. Rick Snyder, his health director and other ex-officials have been told they're being charged after a new investigation of the Flint water scandal, which devastated the majority Black city with lead-contaminated water and was blamed for a deadly outbreak of Legionnaires' disease in 2014-15, the Associated Press has learned. Two people with knowledge of the planned prosecution told the AP on Tuesday that the attorney general's office has informed defense lawyers about indictments in Flint and told them to expect initial court appearances soon," the AP reported Tuesday.

"The AP could not determine the nature of the charges against Snyder, former health department director Nick Lyon and others who were in the Snyder administration," the AP explained. "Courtney Covington Watkins, a spokeswoman for the attorney general's office, said only that investigators were 'working diligently' and 'will share more as soon as we're in a position to do so.'"

Snyder has been harshly criticized for his role in the scandal.