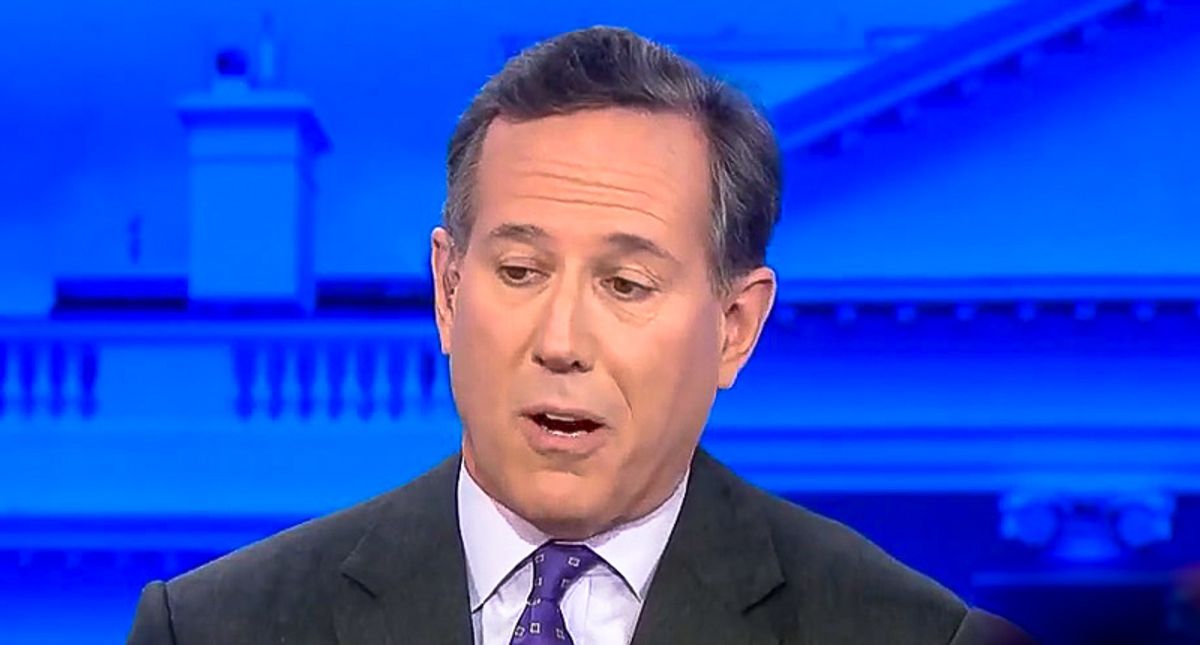 On CNN Wednesday, former Sen. Rick Santorum (R-PA) tried to legitimize outgoing President Donald Trump's continued attacks on the Mueller investigation — culminating in the new slate of pardons — and was promptly knocked down.

"It is true that Robert Mueller did not show or demonstrate collusion or conspiracy between the Trump campaign in 2016 and Russia," said correspondent John Harwood. "However, he laid out and he said Russia helped him and Trump welcomed help, and Trump had taken a series of action that amounted to efforts to obstruct his probe. The president pardons a series of people that were a part of Russia."

"Well, first off, I completely reject everything that Harwood said," said Santorum. "This whole Russian collusion conspiracy, frankly, fell flat, and the American public saw it for that."

"Are you kidding?" exclaimed Harwood.

"Let me just ask you this, Rick," said anchor John Berman. "Paul Manafort was convicted. Roger Stone was convicted. Do you feel good about these pardons tonight?"

"I don't believe — I am not big fans of those guys, and I think what Manafort did was something that was wrong, and he should suffer consequences, I don't agree with Manafort. And Roger Stone, again, I don't like the way he handled himself in the situation. I think he was cavalier and undermining the rule of law. I don't think he should be pardoned. But to suggest those pardons were to grease the skids — they already went through the trial and you can't leverage it anymore. It had nothing to do with unshackling people that's unleveraged."

"Paul Manafort did not cooperate with the investigation, and lied to them, because he was trying to get a pardon," interjected Berman. "So pardons absolutely did play a role."